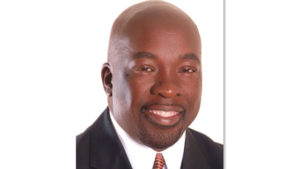 All hopes that the controversial Barbuda Runway, designed to accommodate larger aircraft, will be ready by Easter this year have been dashed. This is according to Information Minister Melford Nicholas who confirmed that work may go beyond the month of April. Nicholas cited the recent interim injunction as the reason for the delays.

“Well, this was a reset that was done as a result of the court action, but we have continued to move on with that and Ithink we will continue to look certainly beyond Easter . . . for the actual tarmac, the actual airside runway service, to be complete,” said Nicholas. He however noted that the cost to undertake the second phase of the airport is yet to be determined.

“The landside development is going to be something of a different cost order, because to be able to build the buildings, to be able to facilitate customs and immigration and all those other factors would have its own cost yet to be determined.”

Work on the runway first stopped last September due to a High Court injunction obtained by environmentalist and educator John Mussington, along with social worker and local government official Jacklyn Frank. Mussington and Frank claimed that the Environmental Impact Assessment (EIA) for the airport was inadequate, and the government did not follow the requirements laid out by its own planning laws.

Leslie Thomas, QC,represented the plaintiffs in the case. The injunction was later lifted when the court subsequently ruled in the government’s favour. Presently, Barbuda only has a landing strip for small propeller planes. That airstrip strip was damaged by Hurricane Irma.