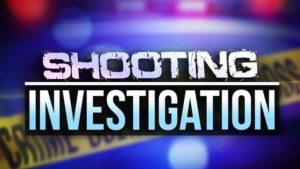 A young man who was reportedly accidentally shot at a residence in Old Road a week ago is said to be partially paralyzed from the injury.

The victim, 22-year-ol Dijorn Richardson of Buckleys Park, was on the morning of April 15 shot in neck at the home of Elmoth Rawlins.

According to police, the home-owner told them that around 7am that day he heard someone enter through the kitchen door and fired a single gunshot with his licensed firearm in the direction of the person.

Richardson was transported to the JNF General Hospital where he underwent emergency surgery and was warded in a critical condition. Rawlins, along with his firearm, was taken into Police custody.

Three days later however, Police informed that they had charged Rawlins with Attempted Murder and Wounding with Intent.

A friend of the family on Tuesday revealed that Richardson is recovering but is having difficulty speaking and is unable to move the lower parts of his body.

Area representative MP Konris Maynard took to social media asking for persons to pray for the injured young man, whom he says he knows very well, along with his family.

Maynard posted “Dijorn is quiet and unassuming and a good honest young man. It was really hard to see him today when I visited but I gave him full encouragement. Dijorn responded in his limited speech that it is a struggle but he is fighting through this. I therefore ask once again for the community and the country to lift Dijon and his family up in prayer. This is such a sad and unfortunate situation and we can now only rely on the fixing hand of God to bring everyone through this difficult time. We must also keep in our prayers the owner of the property and his family as this will be an immensely difficult period for them as well.”

Maynard related the victim’s account of what transpired, saying Richardson and his stepfather had gone to the home in Old Road to collect a drop chord they had left there while doing electrical work. Richardson used keys given to them previously to gain access to home and while in the kitchen looking for the chord, a door on the inside opened and a single shot went off, hitting him in the neck.

The MP further explained that Richardson’s stepfather “ran inside to find Dijorn lying on his back bleeding at the neck with the owner apologizing and stating that he did not know it was Dijorn”.

Police say they are investigating the matter.