NRP to Host Forum on Marijuana 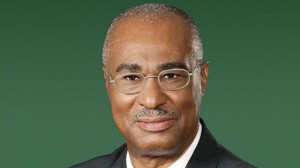 Charlestown, Nevis (Tuesday, October 25th, 2016) – Opposition Leader in the Nevis Island Assembly, the Hon. Joseph Parry and his Nevis Reformation Party (NRP), will be taking the bold step in hosting a panel discussion on marijuana use on Nevis. This much anticipated exchange of ideas will take place on Wednesday, November 2nd from 8pm at the Red Cross building in Charlestown.

The forum will explore the changing perspectives and culture of marijuana usage and will present information from a variety of viewpoints.

Speaking to the committee organizing the discussion on Tuesday, the Hon. Joseph Parry said, “The decriminalization of marijuana is a growing and controversial topic”. He went on to say that as the NRP is a progressive and visionary political party, they have realized that too much time and money has been spent towards criminalizing marijuana use and cultivation.

“My understanding, is that decriminalization can stop putting young men in jail for small amounts of marijuana and it would allow the police to handle more important matters, such as looking for persons who commit murder, rape or burglarize homes,” said the Hon. Joseph Parry.

According to the NRP party organizer and Chairman for this event, Mr. Hensley Daniel, “The NRP is committed to encouraging thoughtful discussion and bringing current information to Nevisians at home and abroad, in an effort to help residents make informed choices about this serious subject matter.”

During the discussion, a question and answer session will be opened to the public.