Home / Sports / ‘No question’ Cavs’ Irving ready to go for Game 1 vs. Hawks

‘No question’ Cavs’ Irving ready to go for Game 1 vs. Hawks 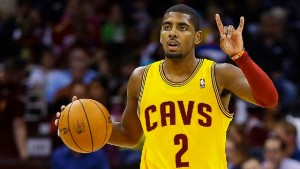 “No question at this point,” Irving said after the Cavs practiced Monday. “I’m going to go.”

Irving hadn’t practiced with the Cavaliers over the weekend, and though Cavs coach David Blatt said Irving participated in a “good part” of the practice Monday, he’ll still be monitored closely. An MRI last week revealed Irving is battling tendinitis in his left knee and a right foot strain, and Irving said then he knew he couldn’t be 100 percent.

But he scored 25 points the following night as the Cavs beat the Chicago Bulls in Game 5. He was limited to 12 minutes in Game 6 as the Cavs clinched the series, and he’ll have five full days between games before the Cavs and Atlanta Hawks play Game 1.

The Cavs have changed on the fly throughout the playoffs after losing Kevin Love to a season-ending shoulder injury in the first round vs. the Boston Celtics. Irving was injured in that series but didn’t reveal it until the middle of the Bulls series. Having Irving be able to go at at least close to full speed is key for the Cavs as the Hawks will try to push the pace and will play point guards Jeff Teague and Dennis Schroeder on the court together at times.

“I’ve been getting treatment, rest, I feel pretty good,” Irving said. “I just want to get out there with my teammates.”