NIP disappointed and shocked by Dr Harris’ claim about plagiarism 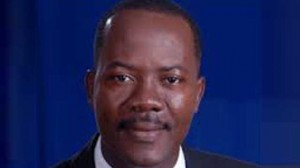 BASSETERRE, St. Kitts (11 December, 2014): The leadership of the National Integrity Party (NIP) has expressed its disappointment and shock over a claim made by Hon. Dr. Timothy Harris that the government plagiarized and stole his organization’s idea of VAT reduction.

According to Glenroy Blanchette, Political Leader of NIP, “It is dishonest of Dr. Harris to claim that the government has stolen his organization’s idea of VAT reduction when he ought to have known that the National Integrity Party is the first political party to have announced plans to remove VAT from food and medicine.”

“In fact, the NIP issued a press release, dated 14th May, 2013, in which we outlined our proposal for VAT reduction. We proposed the removal of VAT on food and medicine as the economy improved. That press release was also published as the front page headline of the St. Kitts-Nevis Independent newspaper, Issue 0123, on the 15th May, 2013. Four months later, on 26th September, Dr. Harris announced that his organization will remove VAT from food and medicine. It is quite clear that Dr. Harris is the one who is plagiarizing the ideas of other people,” said Mr. Blanchette.

“The voters will recognize that Dr. Harris and his colleagues have no real plans to continue the development of our nation. They have run out of ideas and are copying other people’s ideas and passing them off as their own. That is dishonest. However, we in the NIP are not averse to other political parties copying our ideas because when implemented they would help with the development of our country. But we take issue with anyone who steals our ideas and take credit for their genesis in a manner as the Hon. Timothy Harris has done. In this instance, we are compelled to set the record straight and expose the dishonesty of Dr. Harris,” Blanchette added.

“On the other hand, the NIP applauds the government for implementing new VAT reductions and further expanding the list of commodities in the food basket which are subjected to VAT removal. This new policy will provide significant relief to all citizens. Any responsible opposition party should commend the government whenever it does something that benefits the citizens of our country. We should not destroy the country just to get into government,” said Blanchette.