New Haitian PM to be sworn into office Tuesday 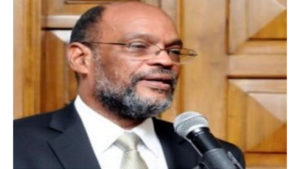 Seventy-one year old Dr. Ariel Henry, will be sworn in as Haiti’s new head of state later on Tuesday, nearly two weeks after gunmen had assassinated his predecessor, Jovenel Moise during an armed attack at his private residence overlooking the capital, Port au Prince.

The ceremony to swear in Henry, who Moise, two days before his murder, had named as the country’s seventh prime minister since 2017, will take place at 3.00 pm (local time) at the Prime Minister’s office located on Boulevard Harry Truman.

Interim Prime Minister, Claude Joseph, whom Henry had replaced agreed on the formation of a new government and will retain his post as Minister of Foreign Affairs. Prior to the announcement, there had been an announcement that presidential and legislative elections will be held on September 26 with the second round due in November.

Following the announcement of the agreement between Henry and Joseph, the Order appointing the ministers was published on Monday in the official journal Le Moniteur.

The new Cabinet includes 18 ministers, five of whom are women.

Also re-appointed to the government apart from Joseph, are Rockefeller Vincent, the Minister of Justice and Public Security, Michel Patrick Boivert, the Minister of Economy and Finance and Marie Greta Roy Clément, Minister of Public Health for the Population.

Simon Dieusel Desras, who previously served as Minister of Planning and External Cooperation will now assume the portfolio of Ministry of Social Affairs.

“We are encouraged to see Haitian political and civilian actors working to form a unity Government that can stabilize the country and lay the groundwork for free and fair elections,” said the United States State Department spokesperson, Ned Price.

The formation of the new government follows the weekend statement by the “Core Group” of international diplomats calling on Joseph to step down and allow for Henry, a medical practitioner, to form a “consensual and inclusive” government.

The “Core Group” representing countries such as Germany, Brazil, Spain, the United States, France, the European Union and representatives from the United Nations and the Organization of American States (OAS), had appeared to have snubbed Joseph, urging that the designated prime minister be allowed to form a government.

The group also said it was strongly encouraging Henry to continue the mission entrusted to him to form such a government.

Meanwhile, the funeral service for Moise, who was killed on July 7, will begin on Wednesday with the day of tribute and the laying of wreaths of flowers and the opening of a condolence register in the 19 Town Halls of the Department of the North, followed a day later with a Patriotic mass at Notre-Dame Basilica and a march and a vigil.

On Friday, the funeral of President Moïse will take place at 0:00 am (local time) in the private residence of the Moïse Family located in the the area called Village SOS.

“The Town Hall of Cap-Haitien invites the population of the North in general and the Capois in particular, all political tendencies combined, to pay a final tribute to the 58th President of the Republic of Haiti, an authentic son of the Far North,” said the Circumstantial Departmental Commission, which is planning the funeral.