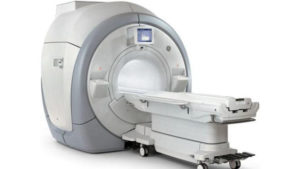 Politicians on both sides of the divide are presently engaged in a sparring match over the use of the Magnetic Resonance Imaging (MRI) service at the St. Kitts Biomedical Research Foundation.

Members of the Opposition St. Kitts and Nevis Labour Party have expressed concerns that instead of the government purchasing the piece of radiology equipment for the JN France hospital, the Team Unity administration entered into a partnership with the private institution where patients use the same machine as monkeys.

Labour Party candidate for constituency 8 Dr. Terrance Drew voiced his concerns at a recent political meeting, after Minister of Health Eugene Hamilton, his political rival, confirmed that monkeys and human beings are sharing the machine, and suggested that despite Dr. Drew’s criticism of this, he accounted for the most patient referrals to the facility.

“I want it to be clear and for the people of St. Kitts and Nevis to understand that what is taking place with the MRI is a travesty. Where else in the world and especially developed countries and the western countries are human beings forced to share an MRI with monkeys. Where in the world? Only in St. Christopher.

“Where in the world is the minister of health saying to the people that it is okay for you to share an MRI with monkeys because after all you are 98% monkey and the monkey is 98% human being? Only in St. Christopher.

“But the issue with the MRI is really about a man and his family to make millions of dollars at your expense, at your health, so that they can fill their pockets; but they don’t really care about you. I’m sure you all know who the man is. That is what is at the bottom of the MRI scandal.

“The MRI machine is situated in Bourryeau at the St. Kitts Biomedical Research Foundation aka the Monkey Farm…It is managed by none other than Alexis Nisbett, the relative of the Prime Minister. The problem with the MRI is that it came to St. Kitts to serve monkeys and they said ‘boy I think we could make some money off of this thing here you know. When monkeys use it in the night we could put human beings to use it in the day’.”

He said “Now I ask myself: if Dr Drew genuinely feels something is wrong with the MRI facility then why does he send so many Kittitians there for treatment? The answer is one of two possibilities. He either knows the facility is good and therefore is deceitful in his public criticisms of it OR he truly believes the facility is unsafe but doesn’t give a damn about his patients whom he sends there.”

Premier Brantley also noted that during the Labour Party’s 20 years in office when the country earned well over a billion dollars from the Citizenship by Investment program, there was no investment in an MRI facility.

Labour MP Konris Maynard hit back at Premier Brantley’s post, accusing him of being willfully blind to the Insurance Politics and the dilemma of One Choice with respect to the MRI services.

He said “Now there is only one facility on the island at the Monkey Farm clearly with its limitations. Where on earth will the most popular Doctor refer the patients to? What choice does the good Doctor have? Should he condemn them to die? It is like a Doctor who sends us to JNF at the moment. We know the Hospital is in disrepair, we know the Hospital does not have basic medicine. So what is a Doctor to do, send us to our home? This argument of yours is nonsensical. You do not appear to me to be that daft so I know it is a political argument.”

The government’s information Services issued a release on Thursday, quoting Founder of the St. Kitts Biomedical Research Foundation, Dr. D. Eugene Redmond Jr. as saying “Most research facilities and medical schools in the United States allow magnetic resonance imaging of both humans and animals on the same equipment using strict protocols for cleaning and sterilizing all exposed surfaces between such uses just as operating rooms are thoroughly cleaned and re-sterilized between uses.

“The machine at St. Kitts Biomedical MRI (SKBMRI) was designed for human use and the protocol for transitioning from monkeys or humans matches the requirements at …medical schools in the U.S. where this is done on a regular basis. The patient reception area and the machine are isolated from the main portion of the research facility. Dual use for research makes the equipment available for human clinical use and reduces the high cost of magnetic resonance imaging for patients by 50% or more while maintaining the highest quality scanning and patient service.”

The government, through health Minister Hamilton has stated that it makes no sense for the government to want to purchase an MRI machine for the JN France Hospital or take control of the MRI Facility when private sector persons can earn a living from providing that service to the public.