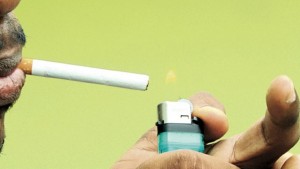 JAMAICANS will have to pay more taxes to drive, smoke and use electricity on April 1 when a $10.3-billion tax package introduced yesterday by Minister of Finance and Planning Dr Peter Phillips takes effect.

The tax measures came as no surprise to some observers, despite constant assurances from Dr Phillips, since the tabling of the budget on February 19, that compliance measures would fill most of the gap.

They will also affect domestic production as well as importers, including those trading with Jamaica’s Caribbean Community (Caricom) partners who are required to pay an environmental tax; those paying trade and business licence fees; and is expected to be extended to affect life insurance companies before the fiscal year ends. Hardest hit are motorists who will have to fork out some $8.2 billion more per annum to pay for petrol and petroleum products at local service stations.

Dr Phillips admitted in the House of Representatives yesterday that the hole in his $641-billion budget for 2015/16 was really $22.7-billion.

The ministry had previously spoken to a $10.4-billion gap, which Phillips suggested could be largely filled by increased compliance, as well as some changes to the Property Tax Act, new transfer tax legislation affecting transfer pricing rules, and withholding tax on statutory payments.

However, yesterday he explained that those measures would only cover $12.3 billion of the $22.7- billion-wide hole by the end of the year.

This left a gap of $10.4 billion, which has to be filled by new revenue measures.

• an additional specific special consumption tax of $7 per litre of petrol, which is expected to yield $6.4 billion as of March 18;

• Conversion of the one per cent petroleum cess to a specific special consumption tax of $2 per litre of specific petroleum products, to yield a further $1.8 billion also as of March 18;

• Re-introduction of the GCT at the standard rate on monthly residential electricity consumption above 350 kilowatt hours, to yield $807 million as of April 1; and

• The extension of the environmental levy to cover domestic production and imports from Caricom partners, as well as imports from countries outside of the regional community, to reap an addition $962 million in tax revenues as of April 1.

Phillips also informed the House that his ministry is still in discussions with the insurance sector on introducing a corporate income tax (on total income) to be levied at the standard rate of 25 per cent.

On the positive side, Dr Phillips announced an increase in the income tax threshold, from $557,232 to $592,800, effective next January, which will cost the Government some $644 million by the end of the fiscal year, and removal of duties on imported breeding stock for the horse racing industry, costing only $1 million.

Phillips told the House that the additional revenues are necessary if the country is to attain the target of a 7.5 per cent primary surplus in the absence of any further policy or administrative actions.

“The Jamaican people are a people of faith, and now is the time for us to demonstrate our faith in the future, bolstered by what we have achieved thus far and confident in our capacities to achieve our goals,” Phillips said.