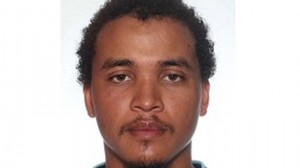 Shane Crawford and Milton John Algernon, two Trinidadians who joined arms with the Islamic State (ISIS), are right now fighting in the Syrian town of Kobani.
They are also joined by another Trinidadian whose Muslim name is “Faizool”.

The fighting between ISIS and the Kurdish fighters in Kobani has lasted 40 days.
Kobani, Reuters reported, occupies a strategic position on the Turkish border that would allow ISIS to control much of the region.
The United States has launched some 600 airstrikes against ISIS, but it has not stopped the Islamic group from growing in strength.
“Kobani would be a lesson to the entire world. It would be a lesson to America,” the Express was told after several unsuccessful attempts to engage the men on an on-record interview.
They would not consent to use their names or discuss their new life on the record because it is against the rules of ISIS to talk to the media.
But their message through social media was “Stop reporting on ISIS”.
“ISIS does not recognise Western journalists. They are viewed as spies. Trinidad and Tobago journalists are no exception,” the Express was told.
“We will either be killed or be victorious,” they added.

But the Express was unable to get more information on the lifestyle of the men, what eventually drove them to Syria, what it was like fighting in a war, given that they had never had such an experience in T&T, and whether they missed their lives at home.

But communications technology is reserved for keeping in contact with families left behind—mothers and brothers, not the media.
The media articles have upset them because they have upset their families, the Express was told.
They remain wary and upset with the press.

In the past week, one man who was reported to have been in Syria fighting, Ashmeed Mohammed, has denied ever travelling to join ISIS and said he is now looking to migrate because he has been described as a terrorist.

Contacted on Saturday, Mohammed maintained that it has been a difficult experience for him travelling internationally after being “labelled” a terrorist.
He said the same thing happened three years ago after he was detained during the State of Emergency for being part of an alleged plot to kill Prime Minister Kamla Persad-Bissessar and three Cabinet ministers and to cause panic in the country.

He admitted to knowing Faizool, who was in Syria and attended the Rio Claro mosque under Imam Nazim Mohammed.
On Saturday, Newsday reported that a Trini woman and her three stepchildren were in a refugee camp in Turkey after escaping Syria, leaving her husband and two stepsons to fend for themselves.
The Trini woman wanted to return home.

Mohammed admitted that he was aware of the issue and expected the family to be home by today or tomorrow.
But when asked how a woman and her family could have ended up in Syria, he advised: “I think if you want to find out how it’s done, you’ll have to interview the woman when she gets back. She’ll be the best person to tell you how it was done, what borders they passed through and what the process was actually like, and who lured her husband there. For me, I really can’t say.”

One imam, who has declined to use his name because of what he described as the unfair media attention which the Muslim brotherhood is getting over ISIS and Islamphobia by the Western media, summed up the situation in these words: “Who is there is there. Who is here is here.
“Instead of focusing on who is here, who have already left, you should focus on who is actually here. You can’t do anything about who is there. They have made their choice and they won’t be coming back. No one goes to a war to come back home,” he said.

The imam, who admits to having contact with members of ISIS, noted that there are some brothers fighting for ISIS who are doing un-Islamic things, but they are being dealt with.
“The fact is what is emanating from here which makes men want to leave here in the first place and go fighting? The Ministry of National Security has been profiling men. They have seen them leaving. Why didn’t they stop them? Quite simple, there are no checks and balances in place unless something happens and then the first finger is pointed at a Muslim.”

He did concede that most of the men who had ended up in Syria had at one time passed through the Rio Claro mosque in Boos Village, but that Imam Mohammed was not a recruiter.
“You think you’ll find a recruiter who is a mastermind? No, they go to different mosques and befriend the brothers. It’s easy to identify the radical ones like Crawford and Milton. Those are the ones who would join a cause,” he explained.

The Express understands that a senior Muslim cleric has been providing transport advice for people who want to travel to the Middle East, but he did not agree to be interviewed on the subject or to talk to the Express.

ISIS is growing in strength and sophistication. On Saturday, the UK Mirror reported that ISIS advertised the post of oil refinery manager on a salary of £140,000 in the battle-scarred oilfields of Iraq and Syria

The Mirror noted that the terror group has been using black market agents to advertise the post and has cast its net as far as North Africa.
ISIS has captured at least 11 oilfields in its relentless expansion in Iraq and Syria and was making up to £2 million a day from sales of oil in June.