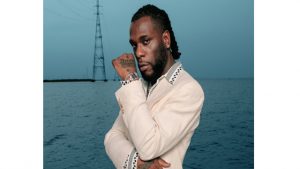 Mixed reviews about how Burna Boy’s performance was received in Dominica as the World Creole Music Festival culminated on Sunday night.

The African Giant was expected to perform in Dominica on Saturday night but for reasons yet unclear, he did not make it to the island on time. Prime Minister Roosevelt Skerrit, speaking to the media on Sunday night said the artiste breached his contract. While everything possible was done to get the performer to the WCMF stage on Saturday night as originally scheduled, he failed to make it on time.

Scores of people left the stadium in anger on Saturday night after the Festivals Committee announced that the much-anticipated act would not perform until possibly Sunday night. Many of them, patrons from the neighbouring islands of St Lucia, Martinique and Guadeloupe who came specifically to see the artiste. They would have left the island in droves on Sunday morning, disappointed.

While Burna Boy put on a good show, the audience, for the most part seemed cold and unwilling to cheer him on. That would have been because many expected him to apologise for his absence on Saturday.

Yet, not a word on that from the artiste. Instead, he beckoned the crowd to participate, prompting the people to “wake up” and at one point suggested that the audience may not be used to ‘this’.

Whatever ‘this’ meant, the artiste whose real name is Damini Ebunoluwa Ogulu, though barely connecting with the audience seemed pleased when the audience joined him for favourites such as ‘Last Last’ and ‘Ye’.

The night was shrouded with even more controversy when Patrice Roberts was switched with the Grammy award winning act. She admitted to the audience that she was angry about the switch and feared that the crowd would clear out after the main act. But her fans stayed and for that, she expressed immense gratitude.

Save for these few hiccups, the 22nd edition of the World Creole Music Festival was a success. So says Prime Minister Roosevelt Skerrit who spoke to Loop Caribbean on Sunday night. He thanked the islands of the region for showing up saying the festival does not only belong to Dominica but to the region.