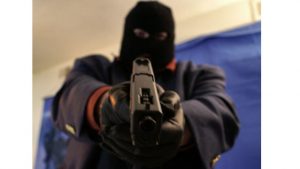 Masked gunmen have shot dead Darkwood resident William Stewart. Police Inspector Frankie Thomas has confirmed that around 7:50 pm on Wednesday evening, the 43-year-old man was at his home in the Darkwood, Orange Valley area when several masked gunmen, possibly four, entered his home.

The invaders reportedly bound Stewart and shot him an unknown number of times in the torso. According to the police, when officers and paramedics were called to the scene, Stewart was already dead.

While the gunmen appear to have executed Stewart, a woman and a child who were also in the Darkwood home with him reportedly escaped injury. The latest shooting death is one more in a string of recent shootings by masked gunmen.