Home / Regional / Man jailed for having sex with nine-year-old

Man jailed for having sex with nine-year-old 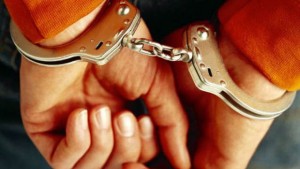 A High Court judge has sentenced a 51-year-old man to 35 years in jail after he was found guilty of three counts of sexual offences on a nine- year old girl.

Justice Errol Thomas in sentencing Fagan Jno Hope said he had considered that the child was a minor under the age of 14 and similar offences were committed.

Jno Hope is alleged to have committed the acts between July and October 2012. A nine-member jury found him guilty on April 29.

The court sentenced the accused to 25 years for unlawful sexual intercourse with a minor, 25 years for the charge of buggery and 10 years for indecent assault.

The sentences for the unlawful sexual intercourse and buggery will run concurrently.

The court was told that the accused gave the nine year old money and when she refused he pulled a knife out and forced her to take it, warning her also to keep quiet.

The child then went on a shopping spree at school which raised concern and led to an investigation and the charges.

A report by the Social Welfare Division noted that Jno Hope had taken advantage of the child’s innocence and vulnerability and that his actions affected her socially and emotionally and subjected her to ridicule from her peers.

It noted that although she lives in a new environment she feels embarrassed, unprotected and fearful.

Jno Hope, who was convicted of murder in 1989, incest in 2011 and battery in 2012, did not expressed remorse. The report described him as a threat to society, especially children.

“I was just trying to set up myself doing farming. I am a hardworking man and I was just checking my scene,” Jno Hope said when asked to make a plea in mitigation.

“I don’t care about what people say about me. I have no fear, only God know what happen to me. Only God can help me,” Jno Hope added.

Justice Thomas said the aims of sentencing were retribution, deterrence, prevention and rehabilitation, while the aggravating factors were her age and the manner of execution.

You used a knife and told her not to tell,” he said, telling the accused “you have a name that sounds noble but that is as far as it goes. You lack a conscience and humanity. Dominica needs to be protected from people like you”.