Live Updates: Shinzo Abe of Japan Dies After Being Shot During Speech 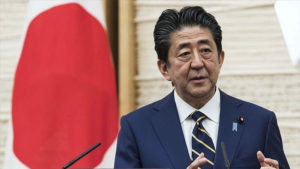 The former prime minister, 67, was assassinated on Friday in the city of Nara. He served in the office longer than anyone before stepping down in 2020.

A 41-year-old man is in custody, accused of shooting Abe.
Shinzo Abe, Japan’s longest-serving prime minister, died on Friday at 67, after being shot while campaigning for a candidate ahead of national elections.

The police arrested a suspect, Tetsuya Yamagami, 41, on an initial charge of attempted murder before Mr. Abe’s death was announced.

The Japanese Fire and Disaster Management Agency said that Mr. Abe had been shot in his right neck and left chest. Footage on social media showed Mr. Abe collapsed and bleeding on the ground in the western city of Nara, near Kyoto.

Hidetada Fukushima, the professor in charge of emergency medicine at Nara Medical University Hospital, said on Friday evening that Mr. Abe was pronounced dead there shortly after 5 p.m.

Mr. Abe was brought to the hospital at 12:20 p.m. showing no vital signs, Dr. Fukushima said. He said Mr. Abe had sustained two bullet wounds. Doctors tried to stop the bleeding and did a transfusion, but they could not resuscitate him, Dr. Fukushima said.

Gun violence is rare in Japan, where just 10 shootings that contributed to death, injury or property damage were reported in 2021, according to statistics from the National Police Agency. In those episodes, one person died and four others were injured, figures that do not include accidents or suicides.

Prime Minister Fumio Kishida called the assassination “an act of cowardly barbarism.” “I once again condemn it with the strongest words,” he said.

He added that the free and fair election, which is the basis of democracy, should absolutely be protected. The election is to be held on Sunday.

Mr. Abe was giving a campaign speech on behalf of Kei Sato, 43, a member of the Liberal Democratic Party from Nara who was running for re-election in the Upper House of Parliament. Mr. Abe, who resigned as prime minister in 2020 because of ill health, remained a power broker for the party.

Mr. Abe had been speaking for less than a minute when gun shots went off. Yoshio Ogita, 74, the secretary general of the L.D.P.’s local chapter, was standing next to Mr. Abe. He said he heard two loud sounds and saw a plume of white smoke rising into the sky.

“I didn’t know what had happened,” he said in a telephone interview on Friday afternoon. “I saw him collapse.”

Images shared on social media showed a man being tackled after the shooting near Yamatosaidaiji Station. The man was a Nara resident, according to NHK, the public broadcaster. The police said they had retrieved a crude weapon from the scene. Officials have not discussed a motive.