Home / Regional / Let’s hear it for the girls

Let’s hear it for the girls 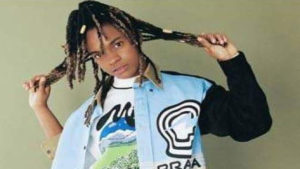 At least three female Jamaican artistes have inked recent deals which sees them becoming the face of international brands.

On Wednesday, “Grammy Kid” Koffee became the latest to announce a deal with international credit card giant Mastercard. She follows Ishawna, who is the new face of Luxury Roses, and dancehall’s current “it girl” Shenseea, who is now the face for clothing brand Savage X Fenty by Barbadian-born pop star Rihanna.

This marks a major shift in the focus toward Jamaican female artistes and personalities. In the past, the only females who were being drafted by local and international brands were athletes who were sponsored by sports brands.

For University of the West Indies lecturer in popular culture, Professor Donna Hope, this is a good look for Jamaica, the culture and for the women of the music industry. She shared that the wide use of social media has assisted these women greatly in securing these business partnerships.

“Social media has made it possible for the ‘internationalisation’ of these artistes. They are certainly much more visible and able to catch the eyes of these major international entities. The thing is that these companies can easily assess the fan base of these artistes and determine whether or not it suits the demographic they wish to target, by doing the analysis of their followers, even without a proposal from their management team,” Hope told the Jamaica Observer’s Splash.

“Shenseea will do very well with Fenty Savage X. She is young, pretty and has the following that this brand is looking for to market their product to. Koffee’s following represents a wide range. Her Grammy win has really thrusted her into the stratosphere in terms of global popularity and her fan base covers both the young and the not so young, emerging and established professionals… all the people Mastercard wants to start using their product. As for Ishawna… she is Miss Sexy. So, a brand such as Luxury Roses is a great fit… they all should do very well,” said Hope.

She cautions the newly signed brand ambassadors to work hard to avoid pitfalls that could contravene the details of their deals.

“A lot of this is based on image. So I urge the ladies, along with the management teams, to avoid making moves that say and do anything that isn’t in keeping with their brand image and that of these corporate entities. Shenseea and Ishawna have a little more latitude because their personal image is more about being sexy, which collides with what these sponsors are looking for. Mastercard is a little more conservative, and while Koffee is not known to veer too far from this, at this time, she is still young and we hope no radical shift takes place as she grows up,” Hope stated.

As part of her deal with Mastercard, Koffee is expected to help build awareness about digital payments and educate consumers and merchants about the convenience, wide acceptance, and safety and security features of Mastercard electronic payments options.

“I am very excited to be a part of Mastercard’s initiative to educate, increase financial literacy and help Jamaicans reach their financial goals,” Koffee said in a statement.

Meanwhile, in a statement on her Instagram page, Ishawna expressed delight in being chosen to represent Luxury Roses in Jamaica. The product will be available locally as of October 1.

“I’m so happy to announce that I am now the face of Luxury Roses. A luxury brand of roses that offers the most beautiful 100% real roses that last up to 2 years,” she posted.

It was also on social media that Shenseea announced her association with the Rihanna’s Fenty label this week.

“…cause me body hot like drought…#Shengyeng is now and ambassador for @savagexfenty,” she captioned two photographs of herself wearing a royal blue, two-piece lingerie set. This is not Sheneea’s first international brand association. She has been associated with Italian liquor brand Campari.