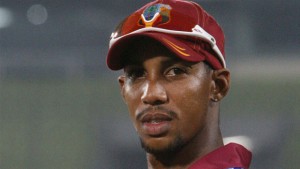 PORT OF SPAIN, Trinidad, Mar 24, CMC – West Indies cricketer Lendl Simmons will appear in court on September 28 in relation to a lawsuit filed by an advertising executive who has accused him of releasing intimate photos of herself.

Justice Frank Seepersad set the date for the hearing in the lawsuit filed by Therese Ho who alleges that after a brief sexual relationship with the right handed batsman, released intimate photos of her, without her permission, via social media and instant messaging networks.

She is seeking substantial damages from Simmons for breaching the common law principle of confidence.

Ho applied for and received an injunction on June 5, 2014 from Justice Ronnie Boodoosingh preventing any further disclosure of material which emanated from her brief relationship with Simmons. Ho alleges that Simmons shared intimate photos of her with his fellow West Indies teammates via social media, as well as the mobile application Viber while with the West Indies team during a tour of India.

Further, she accuses Simmons, who was a member of the West Indies World Cup squad, of distributing the photographs in revenge after she threatened to go public with their romantic affair.

The 30-year-old Trinidad and Tobago opening batsman has denied ever being involved with Ho, but admitted they had a brief singular sexual encounter.