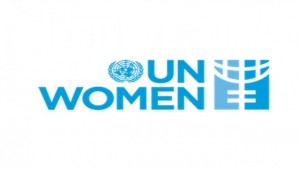 A New United Nations (UN) report says Latin America and the Caribbean is the most violent region in the world for women.

In the report released here, UN Women and the UN Development Programme (UNDP) found that assaults on women persisted in the region despite severe laws aimed at curbing such.

The rate of sexual violence against women outside of relationships in the region was said to be the highest in the world, and the second-highest for those who were in a union, the report said. It added that three of the 10 countries with the highest rates of rape of women and girls were in the Caribbean.

The report noted that while 24 of the 33 countries in Latin America and the Caribbean have laws against domestic violence, only nine have passed legislation that tackle a range of forms of other violence against women in public or private. According to the report, 16 regional countries have femicide – the killing of women – on the books, with only a few punishing newer types of crimes such as cybercrime, political violence or acid attacks.

Despite those advances though, the “plague” of violence continues to be a threat to human rights, public health and public safety, the report says.

The UN agencies recommend strengthening institutions and policies in the region, and allocating resources to empower women.