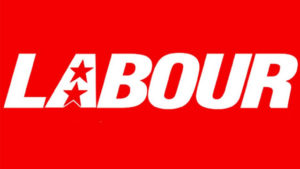 The St. Kitts-Nevis Labour Party (SKNLP) has begun a series of meeting with civil society organisations to brief them on several matters of concern.

The SKNLP said Wednesday the issues of good governance, accountability and transparency were discussed at a joint meeting of the St. Kitts Evangelical Association and the St Kitts Christian Council on Wednesday 6th June 2018.

“The Labour Party representatives drew a number of pertinent issues affecting the nation to the Association’s and the Council’s attention. One such issue was that of the coalition government’s refusal to allow the Labour Party access to the island’s community centres,” the statement said.

It added that the Labour representatives were keen to remind the meeting that under the previous St. Kitts-Nevis Labour Party Administration, everyone including the then Dr. Timothy Harris-led opposition was allowed access to the community centres.

“Bolstering this fact was the individual testimonies of some of the EA’s and CC’s members who stated that they recalled Hon. Eugene Hamilton’s utilisation of the Conaree Community Centre on several occasions to host political meetings, a reality that evoked the expression of strong views on the matter from both organisations,” the SKNLP said.

Another issue raised for the organisations’ attention was that of the biased conduct of Speaker of the House, Hon. Michael Perkins.

“The representatives recounted the numerous instances where the Speaker’s conduct was tantamount to wanton abuse of Her Majesty’s Opposition. The Labour representatives emphasized that the role of the Speaker of the House is to facilitate debate but as time has progressed, it has become evident by his behaviour and unjust rulings against the Opposition that Speaker Perkins was operating on behalf of the government,” the statement said.

The Labour Party parliamentarians informed both organisations that meetings with Speaker Perkins were also largely unproductive because the concerns expressed were dismissed by the Speaker who essentially stated that his views and his rulings are never wrong.

The Party’s concerns over the continued disenfranchisement of citizens and residents were also expressed.

“Attention was drawn to the fact that persons have been refused registration at the electoral office for bogus reasons such as computer system failure. The organisations were reminded that voter registration is constitutionally mandated to be an ongoing process and that refusal to register a citizen of St. Kitts-Nevis or a qualified resident was highly illegal.

“The Party also highlighted the continued removal of persons’ names from the voters’ list that often occurred without the victims’ knowledge and also the secret registration of persons without their knowledge or signature,” the SKNLP said.

The SKNLP also expressed serious concerns over the shameful London Bribery Scandal 2018, the Prime Minister’s implication in the matter, and the detrimental effects his continued occupancy of the Prime Ministership will have on the country in the near future.

“Members of both religious organisations voiced their views regarding the matters discussed and gave their word that they would aid in the resolution of these issues,” the SKNLP said.