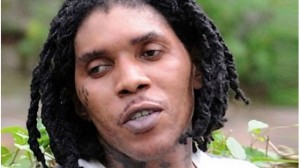 This is the third in a series reflecting on the highlights of the entertainment scene in 2014.

SOME may argue it was the trial of the century. It had all the trappings: a murder, electronic evidence, international media coverage, and at the centre, top-flight deejay Vybz Kartel.

In the end, Kartel and his three co-accused were sentenced to life in prison for the disappearance of Clive ‘Lizard’ Williams.

The entertainer’s defence attorney has, however, filed an appeal.

“This is a benchmark case, based on the volume of telecoms evidence being submitted,” Tom Tavares-Finson told the Jamaica Observer.

Justice Lennox Campbell handed down the sentences in early April after listening to summations from each defence lawyer in the case.

A guilty verdict was returned for all four on March 13, ending 65 days of trial for the beating death of Williams, which police say occurred on August 16, 2011 at a house owned by Palmer in Havendale, St Andrew.

Police say Williams was killed over the disappearance of two missing firearms. His body is yet to be found.

Kartel, who has been in jail since September 2012, is known for hits like Clarks (featuring Popcaan), Emergency and Romping Shop (done with Spice). His latest album, Kartel Forever Trilogy, was released last September.