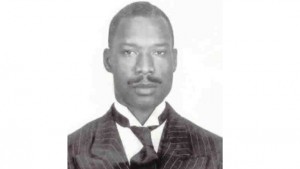 Listen to then Labour Premier Robert Bradshaw speak about an armed invasion and attempted coup to remove him from power. 54 yrs ago today in a bid for secession Ronald Webster led Anguilla in an invasion of St Kitts on June 10th 1967. It all started on May 30, 1967 with the armed expulsion of the St. Kitts police from Anguilla. A few days later on June 10th, a party of armed Anguillans and 3 American mercenaries landed on St. Kitts and join forces with PAM – People’s Action Movement – in several attacks on the Defense Force Camp at Spring Field, the Police Headquarters on Cayon Street, Basseterre and the Needsmust Power Station.
“The invasion did not achieve its principle objective – the overthrow of the Robert Bradshaw government – but it had the effect of Anguilla declaring secession from St Kitts. The Anguilla Revolution ended on 19th March 1969 when British forces invaded the island and established the British Administration headed by a British commissioner.