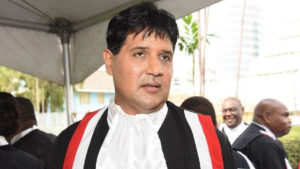 AN ATTORNEY has been ordered to be jailed for 60 days for failing to repay $107,000 to her client, a retiree.

Justice Frank Seepersad on Tuesday issued an order for the immediate arrest of attorney Kathy Ann Mottley after she improperly took proceeds from a 2015 judgement in her client’s favour.

The judge described the lawyer’s conduct as unlawful and unethical and said illegal or corrupt activity would not be tolerated.

Back in February 2020, a suspended committal order was made by the court and Mottley was given an opportunity to repay $107,000 by March 2 of this year or serve 60 days in prison. She applied for an extension of time that day and was given until June 1 to repay the money. She also appealed for a stay of the committal order but on June 1 this was dismissed and she was ordered to pay costs.

In issuing the order of arrest before the Port of Spain High Court on Monday, Seepersad said, “A no tolerance approach to unlawful activity must be adopted. Persons especially those who hold positions of trust and authority must be held accountable. The respondent’s conduct was unlawful and unethical. She abused a position of trust and this court will not tolerate illegal or corrupt activity in any manifestation and it matters not who the offender is or the position which he or she holds.”

Upon her arrest, Mottley will be taken to the Women’s Prison for 60 days.