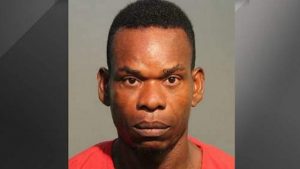 A Jamaican man, who was held with child pornography on his cellphone earlier this year, was on Thursday sentenced to five years and eight months in a US prison.

According to testimony and evidence presented at trial, Anthony Carl Spence, 45, arrived at the Orlando International Airport from Jamaica on February 6, with a smartphone that had videos of a toddler being sexually abused and a young child engaged in sexually explicit conduct.

Reports from US media said Spence allegedly told investigators that one of the two videos found on his phone was shown to a class of Jamaican school children “in order to determine whether any of them had ever been molested”.

He also claimed a girlfriend in New York sent him one of the videos and the other he had forwarded to a relative as a warning that her child “could be acting in a similar manner”.

When asked about the incident involving the Jamaican school children, Spence reportedly told investigators that he was not employed by the school, but his nieces attended and he’d gotten permission from a teacher to show students one of the videos, the complaint said.

Spence, who told agents he had five daughters, allegedly admitted sending the videos to a number of friends and relatives while in Jamaica, including “women with children,” court documents said.

Spence was arrested and charged in federal court with a count of possession of child pornography and was found guilty by a federal jury on July 26.