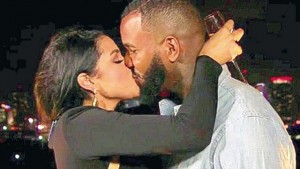 Rebecca Silvera, second runner-up in the 2008 Miss Jamaica Universe pageant, was selected by American hip hop artiste The Game as his love interest in the VH1 reality TV series She’s Got Game on Monday night.

The series tracks rapper The Game (Jayceon Taylor) in his search for true love.

During the finale, the rapper explained his choice saying: “I got an incredible connection with Rebecca. It’s the type of thing that makes me feel like I’ve known her forever. Rebecca makes everything easy. Nothing ever feels forced with her. She’s beautiful, she’s classy and she’s got an amazing heart.”

The following day the Kingston-born Silvera used her Instagram to inform fans that they are working on their union.

“Coming off of a reality show into real life is a bit of a transition. We are working on our relationship,” she wrote.