Home / Regional / Jamaican woman in US charged with killing her children

Jamaican woman in US charged with killing her children 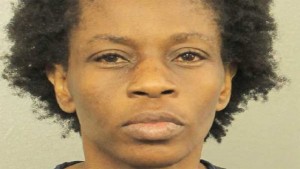 KINGSTON, Jamaica–A Jamaican woman in the US state of Florida is facing two premeditated murder charges after allegedly suffocating her two children.

Police said the 40-year-old woman admitted to suffocating the young children by holding a bed sheet over their mouths. She said she had killed the baby first.

Hines lived in Philadelphia with Anthony Singleton – St. Leo’s father, to whom she was married for four months – but had driven with the children to the home of her cousin, Neisha Nettleford, in Florida a week ago.

A complaint affidavit released by police yesterday said that Hines had called Nettleford around 4:20pm on Wednesday, urging her to come home right away.

When Nettleford arrived, she found her cousin crying and the children unresponsive. Both children were pronounced dead at the scene.

“The defendant gave no explanation for her actions,” according to police. ~