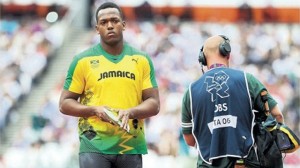 The sanction began from the date of his positive test for a banned substance at the Jamaican National Championships on June 22, 2013.

Smikle said at the time that he did not knowingly or wittingly take any banned substance.

Smikle, who competed at the 2012 London Olympics, was one of several athletes who tested positive at last year’s Jamaican championships, along with sprinters Asafa Powell and Sherone Simpson.

Powell and Simpson had their 18-month bans reduced to six months by the Court of Arbitration for Sport.

Smikle’s suspension was among those included on the IAAF’s latest list of doping sanctions released this week.