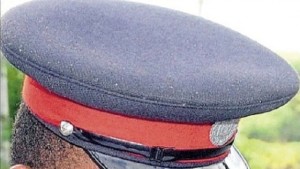 In a rare occurrence, a police officer charged with the fatal shooting of a nine-year-old girl has decided against fighting the charge and has pleaded guilty to manslaughter.

Constable Walter Spike yesterday admitted guilt, going against the advice of his attorney, Peter Champagnie who told reporters that he believed his client had a reasonable chance of being acquitted if the case had gone to trial.

The lawyer said his client had given him written instructions indicating that “because of his religious beliefs now held, he could not, in all good conscience, contest the case.”

The 54-year-old officer will be sentenced on June 8.

Nine-year-old Renee Lyons was killed when Constable Spike fired at a fugitive he was chasting in Majestic Gardens, St Andrew, on July 25, 2003.

The child’s death had led to protests by residents in the area and Constable Spike, saying that he feared being killed, fled to the United States where he sought asylum.

However, his request was denied and he was deported in 2011. He was subsequently charged.