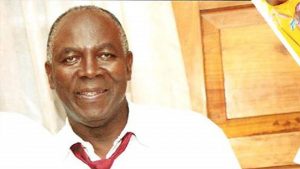 Dr Jephthah Ford will be sentenced next Tuesday

A Jamaican doctor who claimed he had offered a bribe to a policeman to try to entrap him, was yesterday found guilty of corruption charges.

Dr Jephthah Ford will know next Wednesday what punishment he will face for two counts of attempting to pervert the course of justice following an incident in which two Surinamese men were held with US$533,886 and $1.3 million in Jamaican currency during a traffic stop three years ago.

He was caught on camera offering 40 per cent of the money seized to a police officer in exchange for the release of the men and the funds.

The court heard during the trial that Roshen Daniels and Murvin Reingould were held when police intercepted the vehicle they were in on April 7, 2014 and found the money on them. They were subsequently taken to their apartment where police seized an additional US$3,000, $700 in Jamaican currency and 55 Surinamese dollars.

Sergeant Franklyn McLaren testified that while the men were in custody, Dr Ford contacted him and requested a meeting to discuss the case. The officer, wearing a secret camera, met with the doctor who asked him to get the cases dismissed and recover the confiscated money for him. Dr Ford offered 40 per cent of the money to get that done.

But in his defence, the doctor claimed he was trying to draw out corrupt police, and that he wanted to help the Surinamese men because he believed they would have been killed by police. He claimed he was aware that Sergeant McLaren, whom he accused of being corrupt, was wearing a recording device.

However, Parish Judge Simone Wolfe Reece did not buy that story and found Dr Ford guilty and set August 22 as the date for his sentencing.