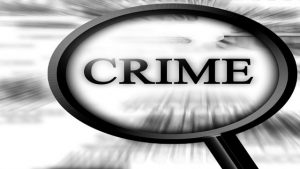 Jamaica police were searching for a security guard after two of his colleagues were found shot to death and the bodies placed in the trunk of a motor vehicle and in nearby bushes.

“We are on the premises of China Harbour, located in the Plantation Heights area. The bodies of two security guards were found earlier this morning. The incident took place sometime after 11 pm (Sunday night). The scene is currently being processed by the Major Investigations Division,” said Deputy Superintendent Coleridge Minto.

“We are still searching for a third security officer who is reported missing. We have so far located his radio and security vest but we have not yet located him,” said Minto, adding “we are hopeful that we will find him alive”.

Police report that explosions were heard late on Sunday night in the vicinity of the China Harbour Engineering Company (CHEC) in the Six Miles, St Andrew, a parish, situated in the southeast of the island.

A search later revealed that two security officers were found shot to death with one of them found in a car trunk while the other was found in bushes on the compound.

The police said the security guards were on duty when they were attacked. Their identities have not yet been disclosed.