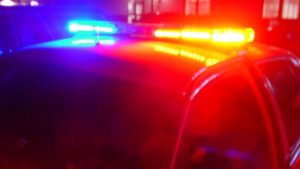 Police have announced the immediate removal of tints from public passenger vehicles (PPV) as the authorities implement measures to deal with the recent of recent incidents of women and children being abducted by perpetrators posing as taxi operators.

He told reporters that the requirements for the coaster and minibuses are similar, pointing out that the only difference will be the tinting allowed for the windscreen.

“For the coaster bus, no tint will be allowed on the back glass, nor the two immediate glasses at the side of the vehicle; therefore, there ought to be a clear view on the back seat of those public passenger vehicles,” Allen said.

In terms of the windscreen of the coaster buses, Allen said a nine-inch visor will be allowed and that vehicles with factory tints that are being utilised as PPVs will be given a grace period to become regularised.

He said operators found in breach will be charged J$2,500 (One Jamaica dollar =US$0.008 cents) and that fines are expected to increase once the new Road Traffic Act is passed in Parliament.

He said the regulations will also be extended to the State-owned bus entity, the Jamaica Urban Transit Company (JUTC).

Transport Authority Chairman, Joseph Shoucair, said he has held talks with various taxi associations outlining the details of the initiatives.

“I am pleased to tell you that the discussions were spirited, cordial and respectful. At the end of the meeting, we were and remain on one accord,” he said, adding that the removal of tints from public PPVs is aimed at assisting with public safety and security.

Last week, police charged two men, including a 31-yeqr-old taxi driver with the murder of 15-year-old secondary school student, Shineka Gray, whose body was found with stab wounds in bushes on February 1.

The partly decomposed body of the grade 10 student of Green Pond High in Hanover. On the north-western tip of the island, was found in bushes in Irwin, a village in the suburban parish of St. James, north-west of here.-

Gray was reported missing after leaving the funeral of a former schoolmate.