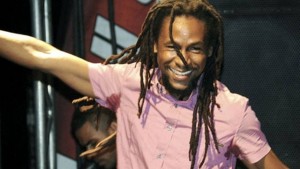 “What I know is that once you are arrested in Holland, in six to eight hours, you will get a government-appointed lawyer if you cannot get one for yourself,” a Jamaican restaurateur in Amsterdam, who requested anonymity, told the Jamaica Observer.

“The Jamaican community in Amsterdam is embarrassed by the incident. It doesn’t look good. It’s not a nice situation for us; it makes all Jamaicans look bad,” she continued.

Several queries e-mailed to the Jamaican Consulate in The Netherlands went unanswered up to press time.

According to the Communications Department of the Amsterdam Police, a 45-year-old man was stabbed last Friday, October 1, on the Dam Square in the city centre of Amsterdam. The victim went to the police station to report the incident and was immediately taken to hospital, where he had surgery. A report was filed the following day against the 42-year-old man who allegedly stabbed him on Friday.

Following reports made by the victim, an investigation was begun by the Amsterdam police who subsequently arrested the 42-year-old suspect in the city centre of Utrecht on October 2. The victim of the attack is reportedly hospitalised after doing surgery.

“There is an official police report, but can you call me and I will give you the official story?” he told the Observer.

Media reports are that Jah Cure was brought before the Dutch courts on Tuesday and the judge ordered that he be remanded for 14 days while the police investigation continues.

Jah Cure, whose given name Siccature Alcock, is no stranger to legal wranglings. In April 1999, he was found guilty of and sentenced to 15 years in prison for rape. He was released from jail on parole in July 2007, after serving eight years of the sentence.

In 2015, he was arrested by Trinidad and Tobago court marshals shortly after completing his performance at the O2 Park in Chaguaramas. He was charged with accepting money to perform and not showing up. However, after lengthy discussions between his lawyer Mario Merritt and attorneys representing the promoter whom he owed more than TT$83,000 in performance fees, the artiste was allowed to go free. He paid US$6,000 in cash to the court and agreed to pay the remainder.

Jah Cure’s popular songs include Longing For, Never Find, Unconditional Love, and Call On Me.