ISIS: A Moment For Caribbean Reflection 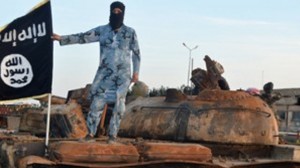 News Americas, LONG ISLAND, NY, Tues. Oct. 21, 2014: Four weeks ago, this column urged the Caribbean to begin to think the unthinkable. It suggested that there are some individuals whose values are not those of the vast majority and who mean harm to those who live in the region or who visit.

That column pointed out that the world is now entering a new and dangerous phase in which fanatics are prepared to act across borders in any way that might damage those they believe they are at war with, or against those who do not believe their extreme interpretation of a religion that encourages selfless and peaceful universal values.

Sadly, the news of the last week has confirmed that in the region and beyond that there are young men and possibly women of Caribbean parentage who are now fighting for the self styled Islamic State (ISIS) in Syria or Iraq.

It is news that requires governments, the media, religious groups and others like lawyers, to act carefully and responsibly and for everyone to consider the implications.

The story began on October 8th when the Trinidad Government confirmed that an Illinois-based,Trinidad- born teenager had been held by US authorities as he allegedly sought to join the self-described Islamic State (ISIS). Later it was reported by the Trinidad Express and confirmed by government that this individual is one of a number of resident Caribbean citizens or individuals of Caribbean descent living in Europe or North America who have been radicalised with all that implies.

The news was followed by further stories that identified two Trinidadians fighting in Syria whose images appeared on line. Subsequently, the mother of one was quoted by Trinidad’s Sunday Express newspaper as saying that her son had gone there to fight on behalf of ISIS, prompted by ‘the inadequacy of what his life had become in Trinidad and the need to find a greater purpose.’

The Trinidad Guardian spoke to a local Muslim group which confirmed that some of its members had gone missing from Trinidad and that others were contemplating going to the Middle East to support ISIS. It also reported that Trinidadian Islamic leaders have been appealing to its community to make clear that ISIS is unIslamic and to keep their younger members from going overseas to fight.

In understandably cautious public comments, Trinidad and Tobago’s National Security Minister, Gary Griffith, made clear that there is a growing awareness of the danger that such individuals may pose should they return home.

He was also quoted as saying on a radio programme that there were “several nationals now linked to the group” and that if there was clear evidence that people have gone abroad and involved themselves in terrorist activity, then the government will have to make “very serious decisions” with respect to how to treat with such people.

Earlier he had said that the Republic was “looking at the formation of a counter-terrorism unit to deal especially with these matters.”

He and the Foreign Affairs Minister, Winston Dookeran, also noted that these developments were why Trinidad was one of two Caribbean nations to co-sponsor a UN Security Council Resolution proposed by the United States outlawing terrorism; a decision that in part enables the real-time exchange of information about the nihilistic young men who are now travelling to the Middle East and who may return to the region.

Understandably this raises concern about the impact on civil liberties, the cost of policing and security, and the exchange of intelligence information with states outside the region. However, these are matters that before long, in one or another way, every Caribbean nation will have to become more heavily engaged in if they are to protect national security and their own and the region’s long term economic interests. This may be regrettable, but it is unavoidable as there are suggestions that the issue may already touch Suriname, Guyana and Jamaica.

Unfortunately, what is now happening makes the need for a response by all governments and more general preparedness unavoidable.

In nations where the rule of law, freedom of speech and personal freedoms are highly regarded, developing laws and regulations that respond to threats of the kind that may emerge are challenging, and as has already been seen in many developed Commonwealth nations, have resulted quite rightly in legal challenges, judicial review and in some cases outright rejection.

That is why there is also much more that needs to be done to explain to a sometimes sceptical public why new measures are being introduced, and assurances given that any new powers that are being adopted will not be used capriciously or in ways that benefit those in power.

These are not issues to be taken lightly in a region that is the most tourism dependent in the world and in which increasing numbers of states are selling passports and what amounts to Caribbean citizenship.

In this latter context it is worth noting that governments in North America and Europe are beginning to look more closely at such citizenship for investment schemes, after a small but growing number of incidents have raised concerns about who passports are being issued to.

Apart from the need for every state to protect its own citizens, some twenty five million tourists visited the region in 2013 by air or by sea generating a US$49 billion contribution to GDP, nearly two million jobs directly and indirectly and very high levels of investment.

The Caribbean, whether it likes it or not, is joined to the rest of the world in real time and has to respond if it is to protect its own interests. It will not be good enough to react on an ad hoc basis if a terrorist event or its genesis is shown in some way to have been facilitated within the region, be connected to one of its citizens, or to have touched it in its planning or execution.

Now that clear evidence of such activity is emerging, all Caribbean governments need to reflect and prepare in a considered way the steps necessary to remain secure.