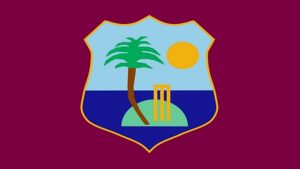 St John’s, ANTUGUA – Cricket and its place in the Summer Olympic Games, Test Cricket for 4-Days, Two-tier system for Test playing nations and Women’s Cricket in the 2022 Commonwealth Games are just some of the topics to be discussed at the next meeting of the Board of Directors of the West Indies Cricket Board (WICB).

The meeting scheduled for September 9 and 10 in Dominica, will also focus on the proposed International Cricket Council (ICC) reorganization and how West Indies may be affected.

The regional 4-day Professional Cricket League (PCL), the new-format Super 50 and other development plans will be up for discussions as the organisation gets ready for the new financial year, beginning October 1.

Coming off a very successful start to 2016 winning three championships, “the WICB remains committed to the continuous growth of cricket in the region, but more importantly to improve its rankings in the Test and ODI formats,” says President, Dave Cameron.

The President noted too that “the recently concluded age-groups tournaments will be assessed to look at the preparation for the Under 19 title defence in 2018 in New Zealand.”

The men’s team will go in camp soon to participate in a series against Pakistan later this month; the women will host England in Jamaica in October, after which they will tour India in November; an ‘A’ Team will tour Sri Lanka in October and the men will head off to Zimbabwe in November.

The President added that “the suggested changes in world cricket will affect how we move forward and we want to be ready for any adjustments made. We want the changes to be in the best interest of cricket.”