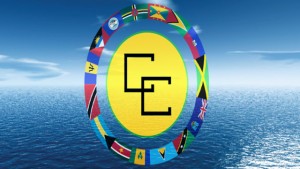 ST. JOHN’S, Antigua, Friday November 6, 2015 – No member state of the Caribbean Community (CARICOM) ranks among the top 20 jurisdictions worldwide for financial secrecy. The United States of America (at number 3), Germany (8), Japan (12) and Britain (15), all rate as bigger tax havens than any CARICOM jurisdiction, according to the Tax Justice Network (TJN), an independent European-based think-tank.

Further, the Global Forum on Transparency and Exchange of Information for Tax purposes rates the US and European Union countries, Britain, Germany, Italy, Netherlands, Greece and Estonia only in the second grade of jurisdictions that are compliant with international standards.

This shows how difficult it is for all countries, even those with huge financial and human resources to put in place the raft of legislative, regulatory and enforcement measures necessary to satisfy the international requirements being set by bodies such as the Organisation for Economic Cooperation and Development (OECD), the Commission of the European Union (EC) and the Global Forum (GF).

For instance, the TJN 2015 Report on Financial Secrecy says, “The US has not seriously addressed its own role in attracting illicit financial flows and supporting tax evasion.” It points out that the US states of Delaware, Wyoming and Nevada have for decades been operating as onshore secrecy havens, specialising in setting up shell companies catering to overseas individuals and companies seeking to hide assets.

Additionally, the renowned international tax lawyer, Dr Bruce Zagaris, has also observed that: “Even though the Financial Action Task Force (FATF) found the US non-compliant on corporate transparency and gate-keepers standards in 2006 and has strengthened their standards in 2012, neither the US nor the District of Columbia has improved their own”.

The paradox in all this is that both the Commission of the European Union and several states and the District of Columbia in the United States have issued public documents wrongly naming several CARICOM jurisdictions as ‘tax havens’. CARICOM jurisdictions have worked overtime and at great expense to be compliant with continuous new demands for transparency and to provide tax information. Therefore, they are right to be disappointed that, instead of being rewarded, they are being punished as ‘tax havens’.

In the case of some US states, such as Montana and Oregon, they have enacted legislation that actually name these jurisdictions, among which are Antigua and Barbuda, Bahamas, Barbados, Belize, Dominica, St Kitts-Nevis, St Lucia and St Vincent and the Grenadines. The District of Columbia (DC) had also sent a Bill to the US Congress for passage into law that named these jurisdictions. After strong representation, particularly from Antigua and Barbuda, Bahamas and Barbados, DC authorities dropped the list naming the countries, but kept the wrongful criteria that would still identify CARICOM countries as tax havens.

The ostensible purpose of identifying tax havens both by EU countries and individual states in the US is to go after monies they believe are kept in foreign jurisdictions by their national companies or individuals. However, they gain nothing by the ‘tax haven’ branding that they do not already have. Every CARICOM country has tax information exchange agreements with the US and major EU countries. Therefore tax information is available – and is provided – on demand through the appropriate and designated agencies of their governments.

The only thing achieved by the tax haven lists is perpetuation of the myth that the Caribbean is a place for hiding taxable income. But, as the TJN has shown, the US, Germany and Britain are the main jurisdictions for lack of transparency.

Behind the criteria being used by individual states in the US for identifying tax havens is an organization called the Multistate Tax Commission (MTC). It started its life in 1967 as an agency to help individual states maintain authority over their own tax policies and not to relinquish it to the Federal government. Over the years, in an effort to help individual states to plug the holes in their budgets, they have taken on the role of finding ways of taxing US companies with legitimate subsidiaries abroad. In the case of DC, for instance, the Council believes, without evidence, that there is up to US$4 million in potential tax revenues deposited in Caribbean banks.

Interestingly, the MTC, which had adopted the original OECD definition of a tax haven that Caribbean countries had stiffly and successfully resisted, voted to delete all explicit references to the OECD. It established its own criteria which, if properly applied, would identify the US and several individual US states as tax havens as the TJN has done.

One of the MTC’s criteria has particularly sinister overtones. It smacks of the original 1998 OECD ‘harmful tax competition’ initiative which, had it not been repelled, would have forced CARICOM countries and other jurisdictions to raise their taxes to levels equivalent to the rich countries of the world. The worrying MTC model statute defines “tax haven” as a jurisdiction that, “during the tax year in question, has no or nominal effective tax on the relevant income”.

Several CARICOM jurisdictions have low or nominal tax rates. That is their sovereign right – as it is every country’s – to set their own taxes. In fact, in the context of the US, that was exactly why the MTC was originally created. Its formation was to stop the US Federal Government from setting tax rates for every state of the US.

Competition in tax rates is as legitimate as competition in other areas of international trade and investment. It is also one of the few tools left to small countries that have been overwhelmed by strictures, rules and regulations that take no account of their size and vulnerabilities.

All CARICOM countries have to be alert to the new perils that are posed to their financial services sector. Unity and resolve to engage the European Commission and the US at the highest levels is now vitally needed.