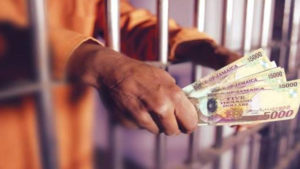 In a report following its fifth review under the stand-by arrangement for Jamaica, the IMF said achieving higher economic growth calls for action from the public and private sectors.

According to the IMF, the fiscal loosening with the reduction of the primary surplus by half of a per cent of GDP supports growth and provides the space for spending on areas such as infrastructure, school meals, and transportation.

The Fund argued that further cuts to distortionary financial taxes will support economic activity and job creation, but noted that issues including corruption must be addressed.

“This could be achieved, in part, by (i) empowering the Integrity Commission; (ii) passing regulations to solidify a transparent and competency-based process for board appointments to public bodies’ boards; (iii) migrating funds from the Government’s commercial bank accounts … and closing those accounts; and (iv) reducing the number of public bodies,” said the IMF.

“The private sector, for its part, should capitalise on these fiscal measures to increase investment, and create new opportunities for advancing financial inclusion,” added the IMF.