IMF Commends St. Kitts and Nevis for Prudent Macroeconomic Policies That Continue To Yield Strongest Economic Growth in the ECCU 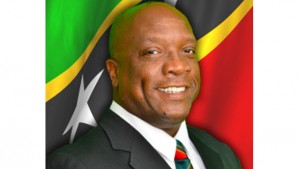 The International Monetary Fund (IMF) has commended St. Kitts and Nevis under the leadership of the Team Unity Administration for its competent and prudent management of the economy, the necessary reforms to strengthen and protect its Citizenship-by-Investment (CBI) Programme, plans to introduce universal health coverage (UHC) and the commitment to establish a Growth and Resilience Fund (GRF) among several other plaudits.

The statement continued: “St. Kitts and Nevis’ strong macroeconomic performance owes much to the robust Citizenship-by-Investment (CBI) inflows and their spillovers to the economy, as well as overall prudent macroeconomic policies.”

The IMF highlighted that although the St. Kitts and Nevis’ “economy grew at a modest 3.2 percent in 2016, compared to 4.9 percent in 2015, it is “still exceeding the average growth rate in the ECCU region.”

Additionally, the multilateral agency applauded the government for its management of the country’s public debt.

“At the same time, public debt fell further, projected to reach the 60 percent ECCU debt-to-GDP target by 2018, ahead of ECCU peers,” it said.

“The authorities made significant efforts to strengthen the CBI programme, given risks to CBI revenues in a challenging regional and global environment. They have strengthened the due-diligence process with dedicated resources and global collaboration, as this is essential to reduce integrity and security risks, preserve the program’s credibility, and avoid a race-to-the-bottom,” according to the IMF’s assessment, which have been corroborated by regional and international entities.

The IMF also mentioned that the government’s “ 2017 policy priorities will focus on preserving the gains in fiscal sustainability while supporting growth and strengthening resilience.”

Among other things, the IMF mission dealt with measures pertaining “to safeguard macroeconomic and financial stability, including by strengthening the fiscal policy framework and reducing reliance on CBI inflows, and necessary reforms to attain sustainable, inclusive growth.”

The IMF mission led by Ms. Inci Otker and consisting of T. Komatsuzaki, G. Salinas, and M. Vargas visited St. Kitts and Nevis during April 18-May 4 to conduct the 2017 Article IV consultation. The mission met with Prime Minister the Honorable Timothy Harris, Premier of Nevis Honorable Vance Amory, Deputy Governor of the ECCB, the Financial Secretary of St. Kitts and Nevis, the Permanent Secretary of Finance of the Nevis Island Administration, the Citizenship by Investment Unit, Ministries of Agriculture, Health, Labor, Social Development, and Sustainable Development, and other senior public officials, and representatives of the Financial Services Regulatory Commission, Leader of the Opposition, St. Kitts and Nevis Trades and Labor Union, and financial and business community. Courtney Williams from the Office of the Executive Director and A.M. Wickham, IMF local economist, participated in the discussions.