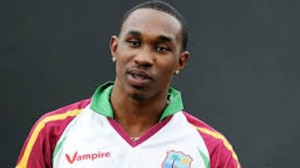 Veteran West Indies all-rounder Dwayne Bravo on Monday revealed that the West Indies Cricket Board’s decision to axe “trusted” head coach Phil Simmons on the day of the squad’s departure for Dubai, had left the Caribbean side demoralized.

PORT OF SPAIN, Trinidad (CMC) – Veteran West Indies all-rounder Dwayne Bravo on Monday revealed that the West Indies Cricket Board’s decision to axe “trusted” head coach Phil Simmons on the day of the squad’s departure for Dubai, had left the Caribbean side demoralised for the ongoing limited overs tour against Pakistan.

Speaking on local radio here, Bravo, who was a member of the Twenty20 squad that suffered a humiliating 3-0 whitewash last week, said the players and management team appeared “lost” during the series and the dressing room lacked a positive atmosphere.

He said Simmons, in his short time with the squad, had built up a high level of trust with the players, an element that was now missing from the West Indies squad.

“I’m very passionate about the game so whenever I step on a cricket field I give a hundred per cent,” Bravo told i95.5 FM here.

“But the honest truth is, it is very difficult for a bunch of guys – collectively – 15 guys to switch on and go play in a series when on the day of the team travelling, they find out that their head coach was fired. Which organization in the world would do things like that?

“[Simmons was] the most successful coach the team had in recent years in his short stint. I’m sure the people of the Caribbean see the positive signs with and within the team.

“We went on, we won the [T20] World Cup … [we played well] in the Tri-Nations against two very powerful ODI teams and yet still, moments before the team flies to Dubai, they fired the coach so it will definitely affect the morale of the team and the players.”

West Indies have looked a shadow of themselves on tour, losing all five limited overs games to date with a series of ordinary performances, and this led to rampant speculation over the level of team morale owing to Simmons’ sudden departure.

The reigning T20 World champions, West Indies looked anything but as they crashed to nine-wicket, 16-run and eight-wicket defeats in the three-match series in Dubai and Abu Dhabi.

Their shocking effort in the final game in Abu Dhabi when they managed just 103 for five from their 20 overs batting first, was perhaps the clearest sign that was all was not well behind the scenes.