Home / Regional / Hawksbills on the auction block to St.Kitts?

Hawksbills on the auction block to St.Kitts? 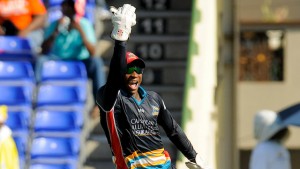 The Antigua Hawksbills joined three other franchises on the auction block after the Caribbean Premier League announced that it would be awarding a franchise to St Kitts and Nevis.
Appearing on Observer Radio’s Good Morning Jojo sports show on Wednesday, St Kitts’ Sports minister Glen Phillips said that theirs would not be a new franchise, but they would be allowed to purchase one of the existing teams.

“What we’ve been told really by the CPL [is] that there has been a number of franchises that do not have owners and are being supported by CPL, and so they’re looking to unload one of those franchises.”

Phillips said that the St Kitts Nevis government was able to partner with investor and chairman of Veling Aviation Limited Uday Nayak to secure purchase of one of the four available League franchises.

“I’d like to say thank you to Mr Uday Nayak who is now the owner of the franchise here in St Kitts.”

The only CPL franchises that are currently owned are the Guyana Amazon Warriors and the Jamaica Tallawahs. This means that if no new franchises are to be added, that the franchises that could possibly be sold to St Kitts are the Barbados Tridents, The St Lucia Zouks, The Trinidad and Tobago Red Steel and the Antigua Hawksbills.

Play begins in The Caribbean Premier League in July and official word on the fate of Antigua’s franchise will come as early as next week.