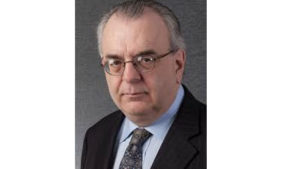 Kaieteur News – Since the discovery of oil in 2015, local policy leaders have sung variations of one tune to the citizenry—“There will be billions and billions of dollars in oil money coming in. We promise you, there is going to be massive development, new hospitals, new schools, cash grants and more…”

Indeed, many Guyanese have latched onto the hope that cloaks the foregoing words but industry experts are warning that Guyanese politicians have been engaging in fiction.

Particularly holding such a view is Tom Sanzillo, Director of Finance at the Institute for Energy, Economics and Financial Analysis (IEEFA). During his first appearance on Kaieteur Radio’s programme, ‘Guyana’s Oil and You,’ Sanzillo discussed some of the points raised in a recent publication by the IEEA of which he is the author. That document is called, “Guyana’s Oil Deal: Promise of Quick Cash Will Leave Country Shortchanged.”

Kaieteur News had asked Sanzillo to say if, based on the findings of the IEEFA analysis, the oil wealth being spoken of by today’s leaders would be enough to fully support annual budgets while having enough left over to be saved for future generations in the Sovereign Wealth Fund (SWF). His response was an emphatic “No!”

To truly understand the false picture being painted by the political leaders of the day, the industry expert said readers must first understand how the government is run. In this regard, he said it is much like how one would run his or her household budget.

Sanzillo said, “If at the end of the month you have too many bills and you can’t pay them all, (then you are left with a shortfall). In government, you call that a deficit and of course, you’re looking to close all the deficits that Guyana has.”
The Director continued, “The second thing is that in households, there are needs that often don’t get met because of having to balance so many expenses and not having enough money to do so. And so, there’s no room for vacation or for new clothes for the children or parents. That’s called new spending.”

In the context of the Guyana government, Sanzillo said that this is called new spending too. He continued, “It’s to close deficits; the people need new clothes if you will (or roads and hospitals). And like in everyone’s household, you wanna put something away for a rainy day and in Guyana’s case, this is called a SWF.”

Sanzillo said that the reality facing Guyana is that it is not going to be able to generate enough oil money to do all of these things. He said that this conclusion was reached following an analysis of the manner in which the Guyana -ExxonMobil deal splits profits between the companies and the State.

Sanzillo said, “…What you see in this instance is that in the first three years the government is trying to close its deficits with (its share of the oil profits) and it can’t; it’s just not enough. So they run up to a US$450M budget deficit and have to borrow to meet its needs and that’s not even new needs. That’s just assuming that they’ve tried to put something away in the SWF. So you run up this US$450M deficit and in the next two years you’re able to close it but you’re not able to spend on new things.”

The Director of Finance noted that by the end of the five years, Guyana will end up owing ExxonMobil, and its partners on the Stabroek Block, US$20B. He said that Guyana finds itself in this position since the agreement it signed onto says that Guyana must fully reimburse the companies for the amount of money it took the company to get the oil out of the ground for the drilling, transportation, and shipping.

“So, you wind up going deeper into debt to get some more money…and that debt is just what you end up owing at the end of the first five years,” he added.

Sanzillo said that the basic problem is that when the Stabroek Block project was being planned, most analysts were looking at the oil prices around the world between US$60-US$65 per barrel and upward. Right now, the expert noted that oil prices are hovering around US$40 a barrel as a result of the COVID-19 pandemic. Sanzillo said it is unlikely that between now and the next five years, it will go over US$50, if it goes that high.