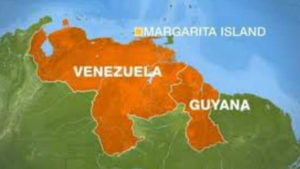 The Government of Guyana has welcomed the decision made by the Secretary General of the United Nations to refer the controversy between Guyana and Venezuela to the International Court of Justice (ICJ).

In a statement issued on Tuesday, the Foreign Affairs Ministry said Guyana has always held the view that the ICJ is the appropriate forum for the peaceful and definitive settlement of the controversy, and is pleased that that view has prevailed under the process developed by both Secretary General Ban Ki Moon and Secretary General Antonio Guterres.

“Guyana will not allow factors extraneous to the controversy to influence its referral to the Court; but it will continue the advancement of peaceful relations with Venezuela whose people are the brothers and sisters of Guyanese, In this context, Guyana acknowledges the Secretary General’s suggestions for the immediate future.”

The ministry said it is to Guyana’s credit that it has stood firm against Venezuela’s attempt to re-open a territorial boundary settled and recognised for half a century before its independence, and done so despite the manifest unequal strengths between the two countries, is to our national credit.

“Guyana, as one of the world’s small developing countries, is pleased that its reliance on the rule of law internationally has been the underpinning of its national sovereignty,” the ministry noted.
President David Granger has said repeatedly that he believes the juridical settlement is the best way to go and is convinced that it will go in Guyana’s favour.

Guyana has been seeking resolution to the decades-old controversy in which Venezuela contends the 1899 Arbitral Award, which delineated the border between the two countries is null and void.