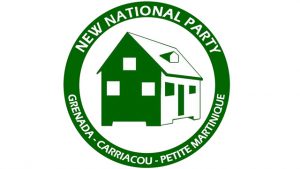 The New National Party (NNP) led by Opposition Leader Dr Keith Mitchell is calling on Prime Minister Dickon Mitchell to present facts that monies intended to go to the State of Grenada were paid to another account other than the Government Account.

The NNP in a statement said at a recent town hall meeting, Prime Minister of Grenada, Dickon Michell, stated that monies intended to be paid to the Government of Grenada were paid to an account of The New National Party (NNP).

The political party states it wishes to make it known that the party has no knowledge of any such transaction and has not received such funds referred to.

Furthermore, the party believes that this and similar accusations are diversionary tactics used by the Government to draw attention away from the real issues of the new administration’s lack of performance, mismanagement, allegations of corrupt activities of its own members and failure to deliver on its many 100 days campaign promises.

The NNP also believes that these allegations are aimed at distracting public officers from the broken promises to immediately make workers permanent, to pay pensions for all workers who qualify and the cry of the over one thousand ordinary Grenadians who have lost their jobs.

The political party also believes this tactic also seeks to distract from government ministers deciding to give themselves $2,000 in increases while doing nothing to address the increase in food prices and electricity bills.

The NNP further stated that it will seek legal advice on the statement made.