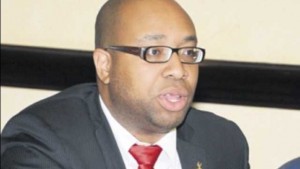 Seiveright’s accusation comes in the wake of an announcement by Minister of Education Ronald Thwaites on Friday, that this year’s Grade Four Literacy and Numeracy Tests have been delayed by nearly four weeks.

The Grade Four tests, which were initially scheduled for June 4 and 5, will now be administered on June 30 and July 1, the minister said.

Thwaites explained that the delay was needed to make up for the time lost in September and October last year, due to the impact of the chikungunya virus. He said that hundreds of students and teachers were severely affected by the virus and were unable to attend classes.

However, Seiveright, who was largely responsible for exposing the extent of the CHIKV epidemic in St Thomas last year, feels that Jamaica’s CHIKV awareness is still very poor, and has also criticised the lack of official recordings of chikungunya-related fatalities to date.

He said that the Ministry of Health has not instituted any internationally accepted protocol to account for chikungunya-related fatalities, especially given the fact that it is an abnormal health phenomenon affecting a very significant proportion of the population.

“The ministry is adopting the same insensitive and ham-fisted approach to chikungunya-related fatalities, as it did with its reckless and absurd weeks-long song and dance about low-confirmed case count, despite thousands obviously affected by the virus, with many overwhelming health centres,” Seiveright stated.

“Despite gut-wrenching reports in the media, the Ministry of Health, already bruised by its incompetent handling of the whole affair — albeit so because of poor leadership from its minister — sits silently, reflecting the culture of insensitivity, as suspected chikungunya fatalities mount,” Seiveright claimed.

“Last week, I received yet another call about a suspected chikungunya-related fatality, the victim this time being a young and ambitious teachers’ college student from St Thomas. The young lady’s ordeal lasted for several weeks and included her kidneys going haywire, being in a long period of acute pain, and ultimately passing away. Her story was just another of several that I am aware of,” he said.