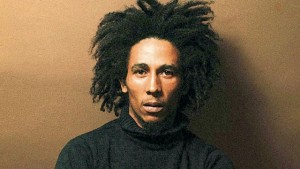 IN 2006, Ziggy Marley, first son of reggae icon Bob Marley, released the album Love is My Religion . His second solo project, it went on to win the Grammy Award for Best Reggae Album that year.

The lyrics of the title track reflect a very personal mantra and one of the enduring life lessons taught to him by his father, who died in 1981, when Ziggy was 12 years old.

Today, the 51-year-old father of seven, will readily tell you that the greatest lesson he learned from his father is “love”.

Speaking to the Jamaica Observer from his home in California on the eve of his father’s 75th birthday, Ziggy was somewhat reflective as he spoke of the man many have come to know as a musical superstar; some knew as friend, but he knew as father.

“Every now and then, as the years go by, I really just stop and think about him. He passed away when he was so young. I am much older than he was when he passed. I can’t even begin to see or imagine him as being 75 because in reality he is still that young, 36-year-old father. Still, we have, over the years, made it a point to celebrate these very important milestones such as his birth. When you look at it, his birth was a good thing for the whole Earth. His life, his music, and what his stood for has come to mean so much to so many people all over the world,” Ziggy noted.

He paused for a moment when asked what is that one experience that he had with his father that always comes back to him in his quiet moments of reflection.

“Wow! Mi really have to think about da one deh… Mi really miss Gong. He was more than just a father, he was a friend and a brother. When you look at it he was such a young father. How we grew up was not regular. He was not one of those fathers who had a 9:00 to 5:00 job so he would come home every night to see his family. Being a musician, it was kinda different. So the time we had together were special. So it would have to be my experiences with him when we saw the love shown to us. He was a very loving father and that’s why we are so loving. We saw examples of love in action. He would have us as children around him to watch and observe so we could learn, and [he] never stopped encouraging us to love. All my brothers and sisters would learn that not because my mother is not your mother, the word is still love, and he really showed us this love,” he said.

Ziggy added that, in addition, their father showed all the Marley children the benefits of virtues such has hard work, discipline, good manners and the importance of being their brother’s keeper.

“It might sound like simple things. But the truth is these are the things that stay with you. But love… yes man that was his thing, show love to all,” Ziggy recalled.

Ziggy will not be here in Jamaica for today’s birthday celebrations at the Bob Marley Museum located at 56 Hope Road in St Andrew. He shared that the celebrations are being conducted worldwide and, therefore, the family is participating at a number of other events. As part of the celebrations, Marley brothers — Ziggy, Stephen, Julian, Ky-Mani, and Damian are set to release a remake of The Wailers’ classic Cornerstone, which was recorded and released in 1970. The track was inspired by Bob’s rejection by his father’s family before he became a successful recording artiste. Ziggy noted that all the brothers, except Damian, have recorded their input, but the finished product should be ready during the course of the year-long celebrations.

As to whether or not Bob Marley would have been proud of the trajectory of reggae music and Jamaican culture and the way in which it has reached and influenced the world, Ziggy noted that his father would definitely have been pleased with these accomplishments. However, he noted, there is something lacking.

“Where the youths are now, there is something lacking. Dem need more spirit… more Rasta. Some of the youth dem now are lost. All them do is connect to those things that are fun and dem lack the spiritual things that can help to move them forward. Bob woulda say dem need more Rasta. You know how him love the Rasta thing,” Ziggy said.