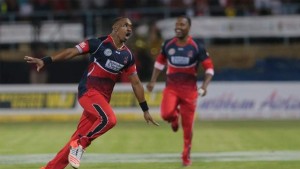 West Indies superstar Chris Gayle was stunningly overlooked in Sunday’s Pakistan Super League draft, as brothers Dwayne and Darren Bravo both landed contracts for the third edition of the tournament slated for the first quarter of next year.

The 38-year-old Jamaican, one of the most sought-after names on the international T20 circuit, was one of 308 overseas players up for grabs but found no takers from among the six franchises, in perhaps the biggest surprise of the auction.One franchise owner, who requested anonymity, told Wisden India that Gayle’s partial availability for the PSL coupled with his poor form in the last Indian Premier League, had made him an unattractive option.

“We were told that Gayle is partially available so that was one of the reasons, but even if he was available we would not have picked him because he is no more the Gayle force he once was,” the official said.

Gayle has had two unflattering seasons in the PSL, managing only 103 runs from five outings in the 2016 edition and 160 runs from nine innings last year.His poor run of form coincided with paltry returns for Royal Challengers Bangalore in the IPL, where he scored 227 runs in 10 matches, with just two half-centuries.

Gayle is the only batsman to have passed 10 000 runs in T20s and still boasts the records for the highest score – an unbeaten 175 – and for the most centuries with 18. His partial availability for the PSL is believed to be owing to his commitment to represent West Indies in their World Cup qualifier in Zimbabwe next March.

That event is expected to clash with the PSL which has issued tentative dates to franchise owners of February 23 to March 24, 2018. All-rounder Dwayne Bravo had no such issues as he was quickly picked up by the Darren Sammy-led Peshawar Zalmi while his brother Darren, a stylish left-hander, was nabbed by the Multan Sultans.

At Sultans, Darren Bravo and Pooran will join fellow Trinidad and Tobago and West Indies teammate, Kieron Pollard who was retained by the franchise.

Attacking Windies limited overs opener, Evin Lewis, and Andre Fletcher, were claimed by Peshawar Zalmi as their supplementary players – those who can be called on in case other players become unavailable.