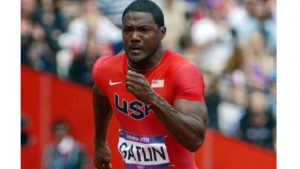 Gatlin was in the American quartet who inflicted a loss on a Bolt-led Jamaican team at the last edition of the competition in 2015, also in the Bahamian capital.

The 2004 Olympic 100m champion, a silver medallist at the Rio Games last year, has rebounded from a drugs ban to arguably discover the form of his life when most athletes have hung up their spikes.

The American, who still harbours dreams of competing at the 2020 Tokyo Olympics when he will be 38, honed his relay skills by racing the 4×100 and 4x200m at this month’s Florida Relays.

Canada, powered by triple Olympic medallist Andre De Grasse won the blue riband 4x100m, but Gatlin is anything but overwhelmed by his younger rivals.

“I try to beat back the years,” he said. “That’s what I give on the track. I want to be a better person, a better athlete.

“For me it’s almost already a success to have come back at such a high level, to be able to be in all the championships and battles with Usain Bolt.”

Bolt was left fuming after his Jamaican team came in second to the Americans two years ago, even questioning Gatlin’s presence because of his doping past.

Bolt will be absent from the Thomas A Robinson stadium this time around as he prepares for his swansong world championships in London in August, but 2011 world 100m champion Yohan Blake headlines a strong-looking Jamaican team.

Thompson, 24, ran a blistering curve at the 2015 world championships in Beijing as the Jamaicans won their second consecutive gold medal before helping the team to silver in Rio and in the absence of pregnant seven-time world champion Shelly-Ann Fraser-Pryce, the 2008 and 2012 Olympic 100m champion, much will be expected of her.

“I have never been to the World Relays before and I am looking forward to it this year because I know that when Team Jamaica steps out in the relays we are always looking to give a great performance,” she said.

“It’s a long season but the preparation has been going well for the world championships this year and my main focus is to stay focused and injury-free.”

A total prize purse of US $1.26 million will be up for grabs a the World Relays, the third edition of the IAAF’s gamble at an innovative track event, with the top eight finishers in the men and women’s 4×100 and 4x400m guaranteed spots at the world championships.

“Head to heads are what bring people into our stadiums, and there are some of the greatest relay teams on the planet about to compete,” said IAAF president Sebastian Coe.

“We looked at relays a few years ago as something that takes place at the end of the world championships and perhaps didn’t quite afford them quite the respect they deserve, but eventually the people who love athletics have spoken.

“There are some exceptional battles ahead this weekend,” said the former middle-distance runner who won two Olympic 1500m gold for Britain.