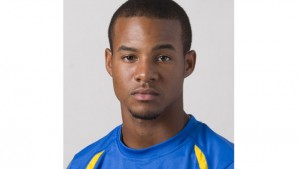 Barbadian wicketkeeper/batsman, Shai Hope is one of four uncapped players included in a 20-man West Indies squad chosen for a training camp ahead of a home series against England. (WICB Media)

ST JOHN’S, Antigua (CMC) – Four uncapped players have been included in a 20-man West Indies squad chosen to start a training camp in Antigua ahead of the International Home Test Series against England, starting next month.

They, along with the spin bowling pair of Devendra Bishoo and Veerasammy Permaul, who earned a recall, were the only members of the squad not selected in the previous Test series against South Africa which ended in January.

Left-handed batsman Darren Bravo has recovered from the injury that ended his participation at the ICC Cricket World Cup 2015 early.

The training camp will begin on April 5 and culminate with preparation for the first Test, starting on Monday, April 13, at the Sir Vivian Richards Cricket Ground.