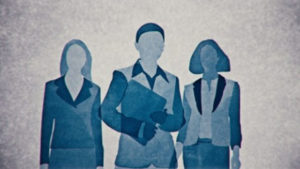 A former Yale psychiatry professor sexually assaulted five students and engaged in other sexual misconduct, according to an independent report released by the university.

Eugene Redmond, who was on the faculty for 44 years, is accused of misconduct and sexual assault primarily by interns in a program he ran that included undergraduate students at Yale, among others.
Those reported incidents took place at a research facility operated by a private foundation on the Caribbean island of St. Kitts, according to the 54-page report compiled by a third-party law firm. Other incidents allegedly occurred at Redmond’s home, one at a location on Yale’s campus and in other off-campus locations.
Redmond declined to be interviewed by investigators unless the identities of his accusers were disclosed, the report says, adding that they refused to do so. It noted that Redmond has categorically denied any wrongdoing. CNN has not been able to reach Redmond or his attorney.
Yale ordered the investigation after an undergraduate filed a sexual misconduct complaint against Redmond in March 2018. During an internal investigation, Yale administration learned of similar complaints 24 years earlier, the independent report said.
The incidents began in the ’90s, the report says
“Our investigation revealed five credible accounts of sexual assaults in a shared bedroom, three incidents where Redmond conducted inappropriate medical examinations, and multiple other forms of sexual harassment,” the report found.
The sexual assaults involved male students in St. Kitts, according to the report. The incidents, which began in the 1990s, occurred when Redmond was sharing a bedroom with each student after they had been drinking with him, according to the report. According to the report, interns mentioned how Redmond would accept more applicants than beds available.
New Haven, Connecticut, and Yale police have contacted St. Kitts police to inform them of Redmond’s alleged actions, according to a university statement. CNN has reached out to those law enforcement agencies for comment.
CNN also could not determine if any criminal charges have been filed in relation to Redmond.
According to the report, the Yale School of Medicine launched an investigation in 1994 after students from Redmond’s summer internship program reported that he sexually molested and harassed two students. Redmond was reprimanded and signed a settlement agreement that required him to eliminate the program, cease recruiting and any supervising of students in St. Kitts and that he abide by a separate housing policy, the report said.
Yale University commissioned the report
But beginning in at least 2001 and through the summer of 2017, Redmond violated the settlement agreement, recruited students to work with him in St. Kitts, oversaw them during non-work hours and continued to have students sleep in his bedroom, as he had before he was reprimanded, according to the report.
“…if Yale had implemented a longstanding monitoring program after the 1994 investigation, Redmond’s ongoing misconduct might well have been detected and stopped,” the report noted. “In addition, at various points after 1994, several members of the Yale community had concerns about Redmond’s subsequent interactions with certain students, which, if they had pursued, might have prompted Yale to further scrutinize Redmond’s conduct and potentially uncover his misconduct.”
Redmond retired in July 2018 during disciplinary proceedings and was banned from campus and denied benefits of a retired faculty member, the university said in a statement.
He was on the faculty of Yale School of Medicine in the psychiatry and neurosurgery departments between 1974 and 2018, according to the report.
The independent report was commissioned by Yale University and was overseen by former US Attorney for Connecticut Deirdre Daly.
“The behaviors in question violate every expectation we have of our faculty and the trust our students, and society, place in educators,” Yale President Peter Salovey said. “On behalf of Yale, I am deeply sorry Redmond’s behavior was not stopped once and for all when it was first reported.”
Yale is making several changes after the report was released, including new protocols to oversee internship and other overnight programs. The university is also considering additional actions based on recommendations from the report.