Fight back! Don’t lose your life trying to be professional, JTA tells teachers 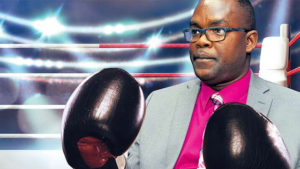 Jamaica Teachers’ Association (JTA) President Winston Smith is encouraging educators to stand up and fight back against attacks from any student.

Smith said teachers should not roll over and play dead and let students think they are pushovers.

“It doesn’t faze me if people want to castigate me for it, but I do not want my teachers to just sit down and allow themselves to become a victim,” a fiery Smith declared. “So, because you’re trying to be professional you end up [being] professionally dead?”

Smith was speaking with the Jamaica Observer on Tuesday against the background of a fight between a teacher and a suspended 16-year-old student at Tivoli Gardens High School in Kingston on Monday. The altercation left the teacher with bruises and swellings to her face, upper body, and breast.

The student has since been charged with assault occasioning bodily harm. A video of the altercation has gone viral on social media.

Tivoli Gardens High Principal Marvin Johnson reportedly took ill and had to be hospitalised upon hearing of the confrontation. When contacted by the Observer he sounded very weak and said he was unable to talk.

Smith said he was peeved at comments on social media by people bad-mouthing the teacher in the video and belittling her.

“Some of them saying the teacher should have restrained herself, should have been the professional, the teacher is the aggressor… Now, I have watched the video and that’s not my perception of what is happening,” Smith asserted.

Smith encouraged teachers to disregard the responses on social media. “It will only further erode the little commitment our members have to the educational pursuit of our students,” he said.

Smith said teachers are dying because of the high level of stress on the job, and now their safety and security are being brought into question.

“This altercation has now created some anxiety among our members because the fear of entering the classroom has now been heightened. We have seen where children, from even primary schools, are attacking teachers. It now seems as if everybody believes it is okay that you can attack a teacher for the simplest little thing. Therefore, we are calling on the Government of Jamaica to institute the powers, or the contents, or the laws of the Child Care and Protection Act, to hold parents accountable when children run afoul of the law or behave in such a despicable manner,” he said.

Smith said in his 30 years as an educator he has never felt so dejected.

“When I look at all that is happening and now, sitting as the president of the JTA, all the happenings in education are coming before me. And when you look at it and realise it is not confined to any particular geographic area, but the rampant disregard for law and order in schools seem to be widespread across the country,” he added.

He said the Ministry of Education alone cannot fix the problem of teachers being disrespected, “But we still are saying to the ministry, ‘We need to hear a more forceful cry out against these kinds of behaviour towards our teachers.’”