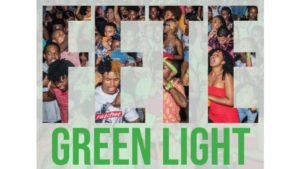 Promoters of fetes were given a huge lift yesterday, following months of angst and futile anticipation, with the announcement that the events will be permitted to take place over the upcoming festive season.

The events have become a staple of the local entertainment scene and are a viable business opportunity for the promoters, but they have been banned from taking place since the start of the pandemic.

That is, of course, with the exception of July’s ‘First Fete’, an experimental event that saw fully vaccinated patrons being allowed to safely frolic in a bubble environment for the first time since last March.

“The Cabinet has given consideration [on Wednesday] and the minister with responsibility for festivals will be meeting with the fete promoters, that over the Christmas period these events will be permitted to be undertaken, with a few caveats.

“We will require, in addition to vaccinated persons only attending, that there be a regime of testing. In this regard, the Cabinet has already made contact with the requisite persons to ensure that we have a minimum of 10,000 of these [Covid-19] antigen tests at a minimal cost.

“We will make [the tests] available to the fete promoters to ensure that they can employ their own medical personnel and undertake to have these tests done on the day prior to the event,” Nicholas explained.

In an assessment of the aforementioned ‘First Fete’, which was allowed to go ahead under strict health and safety conditions, the government gave a passing grade and noted that it is possible for fetes to be safely held, once the organizers follow the rules and implement the strict protocols.

This doesn’t mean, however, that the promoters will be allowed to put on events to their hearts’ delight, as Nicholas added, “the further caveat will be that we will only permit one of these events per day, to ensure that this filtration process can take place”.

So far, a number of Caribbean countries that had banned large events like fetes, similar to Antigua and Barbuda, have already allowed them to return. Further afield, large events have returned to some of the biggest cities in the world – many of them, importantly, without restrictions on mask-wearing.

Nicholas declared that that latter stance will not be replicated in the twin-island state, especially considering what has been happening abroad with respect to the spread of the virus.

“All in all, we are of the view [and] we continue to be minded that, even in jurisdictions that have higher vaccination numbers than us, they have seen additional breakouts in Covid infections in these winter months.

“We are also mindful that, in those jurisdictions, they have done away with [wearing] masks…we do not intend to do away with the facility of mask-wearing, which we know has served us very well.”

The ‘First Fete’ back in July was restricted to 300 fully vaccinated patrons, the tickets had been priced at EC $250 and they were only accessible through a particular online channel, to allow for scrutiny of the prospective patrons’ vaccination status.

More information on the logistics for the upcoming events is expected to be made public in the coming days and weeks.