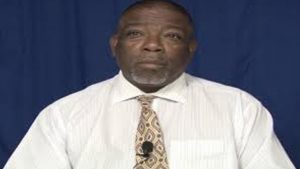 With the nomination of candidates contesting the by-election for District 5 in Nevis just days away, Supervisor of Elections Elvin Bailey is providing information pertinent to the public with respect to the process.

According to the Election Supervisor, Sherilla Nisbett has been assigned the position of Returning Officer, and she will receive nominations for the polls on Tuesday, February 25th from 10 a.m. to 1 p.m. and from 2 p.m. to 4 p.m. as stipulated by the National Assembly Elections Act.

Each candidate must be nominated by at least two voters who are registered in the District, subject to the conditions set out in subsection 59 of Part IV of the Act. In due course an announcement will be made of the successfully nominated candidates.

In the 2017 Nevis Island assembly elections The Concerned Citizens Movement won four of the five seats to form the Nevis Island Administration. During that election 747 persons in the St. Thomas’ parish cast their votes. NRP’s Joseph Parry garnered 518 or 63.9 % of the votes to defeat Keith “King Dis N Dat” Scarborough who got 229 votes or 30.7 %

The CCM is again fielding Scarborough, despite his having lost three previous local elections. The Opposition Nevis Reformation Party is putting up a new candidate attorney Mrs. Cleone Stapleton Simmonds.

The Register of Voters for this election consists of the persons who were registered to vote as of 31st January 2020. This is in accordance with Section 48 (1) & (2) of the National Assembly Elections Act, which indicates that the register is made up of the Annual Register and all previous revised monthly lists.

The writ from the Governor General having been issued on 14th February, means that the Annual Register of January 31st and all those persons who were registered in December and by January 31st, and whose registration was uncontested will be allowed to vote.

The Voter Register will be posted at the usual places that is, at the Cotton Ground Police Station and at Garita’s Shop in Cotton Ground; at the Jessups Community Centre and at Culturama Bar in Jessups. In addition, a register is also available for inspection at the Electoral offices in Charlestown and in Basseterre.

The people of Nevis 5 will go to the polls on March 5th.