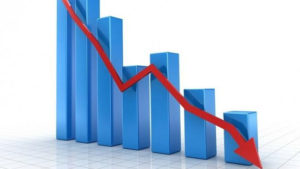 The Eastern Caribbean Central Bank’s Monetary Council has projected a drastic decline in government’s fiscal performance for the first nine months of 2019.

The ECCB Monetary Council held its 94th meeting via video conference on Friday, and was apprised that the ECCU region was projected to register an overall fiscal deficit of $32.9m in the first nine months of 2019, in contrast to an overall surplus of $171.5m in the corresponding period of 2018.

A fiscal deficit is a shortfall in a government’s income compared with its spending.

While the Monetary did not state individual member country’s performance, the government of St. Kitts and Nevis says the local economy is doing so well with continued annual surpluses, that it can afford to pay civil servants and pensioners a double salary for the fourth consecutive year.

Prime Minister and Minister of Finance Dr. Timothy Harris, speaking at Tuesday’s National Consultation on the Economy between public and private sector stakeholders:

“The Financial Secretary has advised me that our economy is projected to record robust growth of 3.7 percent for 2019. For the 5th year in a row, our economy is growing. The economic growth in 2019 is expected to be driven by activities such as Construction Services, Distributive Trade, Tourism, Transportation and Communication, Financial Services and Government Services. The Transport, Storage and Communications Services Sector contributes about 14.8 percent to GDP and is estimated to grow by 5.3 percent in 2019.

With respect to the fiscal operations of our Government, preliminary data indicate that for the first eight (8) months of 2019, our government has achieved a Recurrent Account Surplus, an Overall Surplus and a Primary Surplus. These surpluses compare favorably to the corresponding period of 2018, as the Overall and Primary Balances are higher: 40.0 percent and 35.1 percent, respectively. Through continued prudent fiscal management, the outlook for the 2019 fiscal year suggests that my Government’s fiscal operations would continue to perform favorably, allowing us to reward public servants with a double salary for the 4th year in a row.”

The government has begun preparation for the 2020 budget expected to be delivered in December. The Budget Estimates Committee Meetings with the Cabinet and officials from the various government ministries got underway Thursday, during which they deliberate on how to utilize the financial resources available to the government for the upcoming fiscal year 2020 and over the medium term.