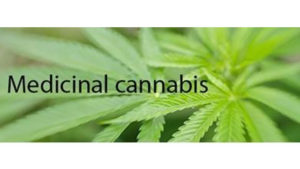 The monetary authority and regulator of the Eastern Caribbean Currency Union’s financial sector is keeping a close eye on its members’ thrust to establish a medicinal cannabis industry.

Several ECCU territories have recently passed legislation to that effect while others have shown interest in following suit.

Timothy Antoine, Governor of the Eastern Caribbean Central Bank ECCB, says while there is the possibility of economic gain from entering into the cannabis production business, there are major challenges to overcome. As such the Bank has produced a report styled “Medicinal Cannabis Revolution: Challenges in Banking the Budding Industry in the Eastern Caribbean Currency Union”.

“What the bank has sought to do is bring to the Council some thoughts on how this industry is evolving. It’s budding, it’s new, it’s in its infancy stage and what the report has identified were some of the possibilities. The fact that this is now a billion-dollar industry, we recognize the opportunities there and our suggestions go along the line of a strong supervisory framework. Anything that you promote you have to ensure you appropriately regulate; and I say appropriate because you don’t want to over regulate anything, but you also don’t want to do light touch to the point where you do public harm.

“So a lot of the focus at this stage is on sharing lessons and experiences, ensuring an adequate supervisory framework and distinction between recreational use, decriminalization, and the development of an industry.

Among other things, that report identifies the challenges to the ECCU financial sector related to the medicinal cannabis industry, particularly correspondent banking relations.

“The report also highlights the obvious fact that there are significant hurdles to overcome in respect of the fact that this is still a prohibited substance under the UN Convention and at the federal level in the United States. That means countries cannot transact direct with the US at this point; they can with Canada because it is approved at the federal level there.

“So there are limitations but there are also possibilities and I think the region wants to position itself. The reality is that in St. Vincent and the Grenadines and St. Kitts and Nevis legislation has been enacted for the development of a medicinal cannabis industry …and Antigua and Barbuda has expressed some interest in establishing a medicinal cannabis industry and other countries have begun consultation which may lead to enactment of some sort of at a later stage.

“We want to be proactive and to the extent that we can be and just signal what the possibilities are while also highlighting the risk and discuss how we can manage those risks going forward as a currency union,”

The boom in the current cannabis industry is attributed largely to the combination of scientific, social, political and economic interests. With an increasingly favorable global framework for the legal production and sale of cannabis derivatives, the cannabis industry is looking at a huge potential market, valued at billions of dollars.

Currently, more than 30 countries have legalized the therapeutic use of cannabis extracts.